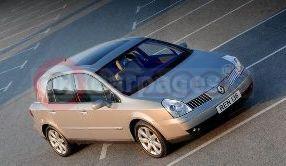 Renault UK has announced its sponsorship of new drama on Channel 4 for 2003, reserving the ‘Best Seats in the House’ for viewers of such hit series as ‘The West Wing’, ‘Six Feet Under’ and ‘Sopranos’. The one-year deal allows Renault to communicate on its top-of-the-range car Vel Satis to a targeted audience of open-minded and unconventional viewers through a new creative entitled ‘The Best Seats in the House’.

Set in Paris, each of six executions draws a comparison between the luxurious seats in Vel Satis – which have a horizontally split back for separate shoulder and lower back support - and prime ‘seats’ in venues rated by those in the know. The locations are alternative and original, not mainstream, promoting informed choice over uninformed prejudice.

The people who know that a box in the Theatre des Bouffes Parisiens, the back table in the Brasserie de l’Isle St. Louis, a ride on ‘La Toupie’ Carrousel de Paris, the front row of the Paris Collections at the Palais de Chaillot, the upstairs bar at Le Caveau des Oubliettes jazz club or the 216th step of the Sacré Couer overlooking Paris are the ‘best seats’ are also likely to know that the luxurious seats in Vel Satis are only half the story of how good this Executive contender is.

Channel 4 has a significant portfolio of new and acclaimed dramas for its 2003 season including favourites ‘The West Wing’, ‘Six Feet Under’ and ‘Sopranos’ as well as a number of new British dramas including ‘Buried’, which starts this week.

Mel Briggs, Sponsorship Group Manager, Channel 4 added, "Our drama output for 2003 consolidates Channel 4’s reputation as creators of unique, challenging and contemporary programming. Renault has committed to sponsor a significant package of programming, including some of our most prestigious and ground-breaking shows."

Carat Sponsorship negotiated the deal and the creative executions for the sponsorship have been developed by Publicis.