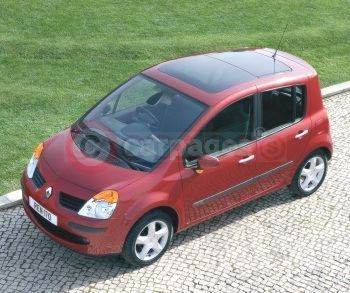 With prices and specifications recently announced for the new Modus supermini which hits UK showrooms on 10 September, Renault are now making the buying decision even easier with the news that its latest model’s insurance group ratings start at just 2E, and comparisons with competitors on price and equipment show Modus to be outstanding value for money.

In addition to keen pricing, leading standard equipment lists and cost-effective options packs, the new Modus has another key weapon in its battle to be the best value for money car among today’s breed of superminis - some of the lowest insurance group ratings in its class.

The Authentique 1.2 16V comes in at 2E in both petrol and diesel guise, one bracket lower than both of the entry-level offerings from Honda and Vauxhall - Jazz 1.4 DSI S and Meriva 1.6i Expression - both with 3E ratings, while the Expression 1.5 dCi 80 is rated a 3E even though its the most powerful car available in its class with a diesel engine under 1.6 litres.

The news is just as good for the Modus Dynamique 1.4 16V which with a 3E rating pips rivals such as the Ford Fiesta 1.4 16V Zetec and Vauxhall Corsa 1.4 16V Design by one and two groups respectively, and even the range-topping Privilège 1.6 16V is only a 6E - one bracket lower than the Ford Fiesta Ghia 1.6 16V and two less than the equivalent five-door Peugeot 206 1.6 16V SE A/C.