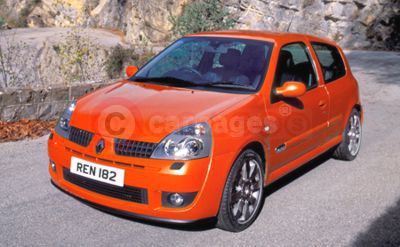 Debuting at the Paris Motor Show 2004, the new Clio Renaultsport 182 Cup is a lighter version, delivering extra Va Va Voom on the road thanks to a number of technical developments and all at the reduced price of £13,800.

How does it compare?

Renault is certainly confident it will repeat the success of the much-admired Clio Renaultsport 172 Cup which endeared itself to so many who could do without some of the luxury equipment of the normal car in search of more performance and the added benefit of a lower price. The new Renaultsport182 Cup is designed to do a similar thing with some new changes. Feedback from 172 Cup customers included requests for air conditioning and ABS, both of which were removed from the 172 to make the Cup lighter and therefore quicker.