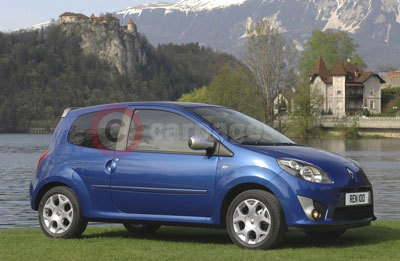 Although the first Twingo was unveiled at the Paris Motor Show in 1992, the latest version is the first one to be available as right-hand-drive, in the UK.

It was originally designed to appeal to a broad spectrum of customers. The Twingo may have been around for 14 years but surprisingly, the new one is only the second generation, though, it has been offered in some seven different ‘collections’ and a fair few ‘specials’ during the intervening years.

The New Twingo forms part of Renault’s small car range, which includes the Clio, Clio Campus and quirky, Modus and is now designed to appeal to a younger audience as illustrated by the advertising tagline; feisty, practical and connected.

There are many contenders in this segment, not least from its own stablemate's; the Twingo is also up against the likes of the Fiat Panda 100, Citroen C2 and the Toyota Aygo. Clearly, the Twingo has to stand out if it is to achieve Renault’s goal of being in the top three.

So, what has the New Twingo got going for it? Typical Renault design, especially the rear end, which makes the car look a little squat, where it is, in fact quite tall. The wheel-in-every-corner, layout means a surprising amount of interior space and improved stability.

In many respects, the New Twingo is more focused than before but design features, such as the recessed, semi-circular door handles and the ‘happy face’ have been retained. Gently flared wheelarches, chunky bumpers and silver surrounds to the foglights add to the modern aspect.

There are two versions of the New Twingo; the Dynamique and the GT, which was the test car. The difference between the two is mainly cosmetic; The GT has silvered door mirrors and rear, roof-spoiler, chrome-tipped exhaust, GT sills and extra tinted rear windows. The functional extras over the Dynamique include manual air-conditioning, automatic wipers and headlights, which are of the ‘see-me-home’ variety, heated door mirrors and, as befits the GT badge, sports suspension.