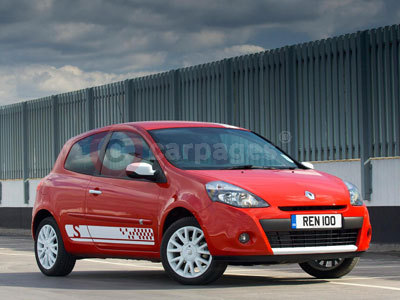 With a rise of 1.8 percentage points to 5.2% market share for total car and van sales, Renault made the UK's largest gains in last month's peak registration period compared to the March 2009.

Amidst the impressive figures, Renault also shone as one of the largest winners in private retail car sales. With 11,347 registrations, a 77% increase in volume versus the same month last year, the French marque's penetration rose by 1.3 percentage points to 5.3%, within less than 0.7 percentage points of the third placed manufacturer overall.

Total year-to-date sales of cars and vans reached 33,234 units, or 5% market share, and for private retail alone, a significant 5.2%. As a result, Renault UK is now well on track to hit its 5% market share target for cars and vans laid out in its current 'Destination 5' project.

The largest model contributors to Renault's impressive return to form in the year's first peak registration month were the Renault Clio and Renault Megane ranges, posting 8,641 and 6,246 sales respectively. This also placed them both among the UK's top 10 best-sellers.

After a conscious move away from less profitable sales channels over the last two years, in order to protect dealer network profitability and improve residual values, Renault has achieved its objectives and is now beginning to re-enter the Motability and rental markets, at a level commensurate with its retail mix.

Commenting on the company's impressive gains, Renault UK's Managing Director, Roland Bouchara, said: "With the youngest product range in the market, a wealth of new models coming through, and growth of our Renault eco² model range, I believe we're ideally placed to continue our current sales momentum. Our results now prove the strategy we implemented two years ago with our network partners focusing on profitable business has paid off. The network has embraced our Destination 5 strategy and our sales teams have taken full advantage of our product and customer offers to drive up sales. Our order bank is already four times greater than the same period last year, so I now look forward to us maintaining our position throughout the rest of 2010."