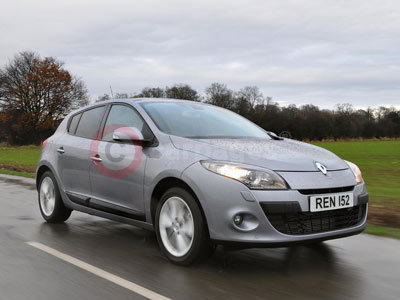 Energy and train prices might be rising, but car buyers in the New Year can look forward to some January bargain-hunting now that the cost of buying many new Renaults is being cut in early 2011, in spite of the increased VAT rate.

Following the recent simplification of its car range, Renault has announced key model pricing with effect from 4th January 2011, including the new 20% VAT rate. The welcome news for anyone with funds left after the festive period is that many of the best-sellers will be the same price, or in many cases, substantially less than today, by up to £2,000.

Inkeeping with many a New Year's weight-loss resolution, albeit probably more successfully, the pounds have fallen off much of the Renault line-up. Some of the big winners, or perhaps more aptly, 'losers', compared to October 2010 prices are many of its best-selling versions. Among them, there is £1,415 off the Dynamique TomTom dCi 150 version of the Renault Laguna Hatch at £20,485, and £1,315 off the equivalent Sport Tourer. Their striking two-door sister also ushers in the New Year with some healthy cuts, with Renault Laguna Coupe GT Line TomTom 2.0 dCi 180 £1,970 less than before, at £25,000. The now top-of-the-range GT Line TomTom V6 dCi 235 Auto is even more of a bargain, with £2,300 off of its former £30,800 list price.

The flagship of the Renault range, the Renault Grand Espace, also joins the New Year celebrations with £2,050 sliced off the Dynamique TomTom 2.0 dCi 150, now £26,550.

Brits are well-known for enjoying the odd open-air drive on a crisp winter morning, so what better time to snap a drop-top than by opting for a Renault Megane Coupe-Cabriolet, which also sees its prices lowered by up to £1,750 in the case of the flagship dCi 160, at £24,580. Buyers seeking something equally stylish but a little more compact, could opt for the Renault Wind Roadster, now £500 less, starting at £15,000.

Other models offering significant price cuts are the Renault Clio three-, five-door and Sport Tourer range, typically between £500 to £600. Some highlights include the new entry-level three-door Expression for £10,250, a grin-inducing £790 less than the previous Extreme, again without removing any kit.

The high-selling Renault Scenic range is also several pounds lighter, with £170 off the entry-level 1.6 Expression and £370 off the Renault Grand Scenic Expression TCe 130.

The lower prices are not the only thing which are likely to put a smile on cash-strapped buyers faces in January, as on several models, Renault has also increased equipment specification at no extra cost. As a prime example of the added value, the svelte Renault Laguna Coupe GT Line TomTom now boasts fully-integrated Carminat TomTom satellite navigation as standard, previously a £460 option, on top of the £1,970 price cut for the dCi 180 version.