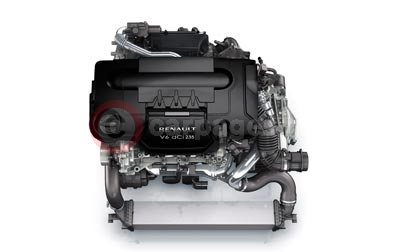 The Renault-Nissan Alliance unveiled its brand-new V6 dCi diesel engine in the Laguna Coupe at the Paris Motor Show, in October 2008.

This engine is the first diesel V6 engine developed and produced by the Renault-Nissan Alliance. It will equip top of the range vehicles to meet the growing worldwide demand for engines that are powerful and yet fuel and CO² efficient. The Renault-Nissan Alliance cooperation has made it possible for both Renault and Nissan to offer a state-of-the art premium powertrain to their customers, all around the world.

The new V6 dCi (V9X) is an example of what the Renault-Nissan Alliance is all about: the engine was developed by the two companies, has been assembled in a Renault plant and will be fitted in Renault, Nissan and Infiniti vehicles. This practice makes it possible to share the costs, to benefit from economies of scale, and to offer more vehicle variants to customers.

The new engine's specifications were established to meet the expectations of Renault's, Nissan's and Infiniti's customers, which means that the engine can be installed in various types of cars (coupes, saloon, SUVs) and commercialised in various parts of the world, such as Europe and the US. This is why it has been decided to use a 'V' architecture. Such engines can be fitted either longitudinally, as is often the case in Nissan/Infiniti vehicles or transversally, like in a Laguna.

The new V6 dCi engine derives from other Renault engines, such as the 2.0 dCi, and thus, benefited from the knowledge gained during this 4-cylinder engine development. As the upper parts of the V6 dCi are very similar to those of the 2.0 dCi, the development of the new engine was faster, and cheaper. Using existing technologies also guarantees better quality, which is a priority for Renault, as the company's commitment is to put the Renault Laguna among the top three vehicles of its segment in terms of product and service quality.

Nissan engineers have been fully involved in the engine development, and share their competencies, to make it sure that the engine will fully adapt to Nissan's vehicles.