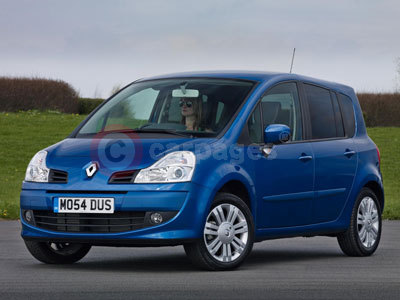 Recognition for Renault's environmental commitment continues with yet another accolade, as the Renault Modus wins the 'Small MPV' category in the Environmental Transport Association's 'Green Car Awards' for the second year running.

The Environmental Transport Association looked at over 1300 cars currently on sale in Britain and examined their power, emissions, fuel efficiency and even the amount of noise they produce to create the definitive guide to buying the greenest vehicle.

The Car Buyers' Guide was first published by the ETA in 1992 in response to requests from its growing membership and has since become the environmental benchmark for the car industry and the public, championing the greenest cars in Britain.

Andrew Davis, director at the ETA, said: "The discrepancy between the greenest and the least green cars in Britain today is striking, but the market is changing and a combination of consumer pressure alongside government leadership will result in an increasing choice of environmentally-sound cars."

The Renault Modus and Grand Modus range has a strong focus on low emissions and economy with 13 eco2 versions. Renault eco2 vehicles must emit less than 140g/km of CO2, operate on E85 ethanol or on B30 biodiesel, be manufactured in a plant that has been certified ISO 14001, and be 95% recoverable at the end of their lifecycle - and include at least 5% recycled plastics.

There are seven Renault Modus and Grand Modus versions that emit 120 g/km or less.

Roland Bouchara, Managing Director, Renault UK said, "We are very pleased to receive recognition for our environmental commitment especially from such a prestigious organisation as the Environmental Transport Association. Modus and Grand Modus winning the Small MPV category in the Green Car Awards for the second year running is a great achievement."

Renault has 29 cars in its range which are in the '120 g/km CO2 emissions or under' category and is amongst the top-three manufacturers to offer a large volume of vehicles in this bracket. There are 88 eco2 models available in Renault's range from the Renault Twingo through to the Renault Modus and Laguna Sport Tourer ensuring Renault offers its customers one of the widest choices of economical vehicles on the market.