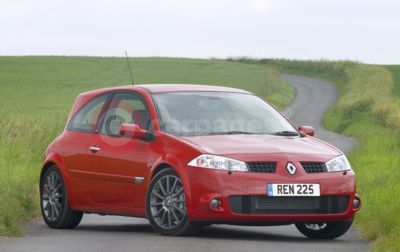 Renault’s reputation for producing fine hot hatchbacks is well documented, but even by the company’s usual standards, 2005 is turning out to be a vintage year, with the ‘Cup’ version of the Megane Renaultsport 225 the latest model to join the fold.

The standard Megane Renaultsport 225 launched in 2004 has received widespread acclaim for its combination of searing performance with refinement and the Cup Chassis pack was showcased as part of the specification of the Trophy, aimed at drivers willing to trade some ride comfort for a more focused driving experience and pin sharp handling amongst other things.

Whilst the 225 Trophy had some unique interior and exterior features, the new Cup version takes only the mechanical changes from the Trophy and incorporates them into the Cup Chassis pack and a new version, the 225 Cup on sale now at £18,600, which is £1,400 less than the regular three-door 225 Sport Hatch fitted with the optional Cup pack.