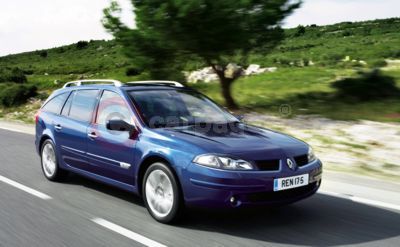 With the Renault Nissan Alliance 2-litre 150hp diesel engine only two months old, Renault are taking the power level of this latest generation diesel engine to new heights with the launch next March of a 175hp version of this engine, fitted first exclusively to the Laguna GT, the sports version of Renault’s upper mid-size contender.

The 175hp output of this new state of the art common-rail 16 valve diesel engine makes it the most powerful 2-litre diesel in production, ahead of the BMW 2-litre engine which was the previous best at 163hp and well ahead of the class average of 135hp. To match the output of the Renault engine other manufacturers like VW and BMW have to provide engines of 2.5 litre capacity that consequently drink more fuel.

Diesel engines excel at providing lots of pulling power at low engine speeds and the new 2.0 dCi 175 does not disappoint here either developing maximum torque of 360 Nm (with 90% available from 1500 rpm), offering very good response (with rapid power build-up and long sustain) and is exceptionally quiet for a diesel engine of this power rating.

Top speed of the Laguna Hatch GT dCi 175 rises to 140mph from 134mph in the dCi 150 and the 0-62 acceleration benchmark time is cut to only 8.4 seconds from 8.9 in the already rapid dCi 150. Yet the combined cycle fuel consumption is an astonishing 47.1 mpg, dropping only 0.8mpg from the dCi 150 - a remarkably small price to pay for the extra mid-range performance and ultimate power gains.

Specific enhancements of the 150hp version include a particulate filter as a standard feature and balancer shafts in the engine to improve acoustic performance, especially at high engine speed. The balancer shafts are there to compensate possible vibratory phenomena arising from the extra power (25 hp higher). Other features include a water-cooled turbocharger and a higher-pressure design (190 bars instead of 175).

Full details will be announced in late January when ordering will open prior to the first deliveries in March 2006.