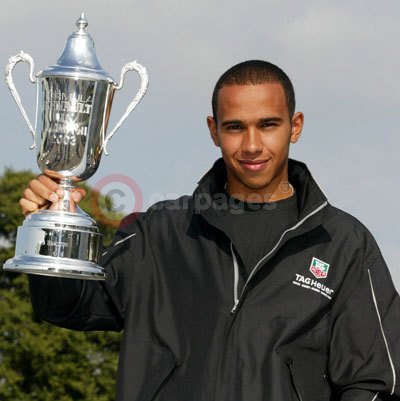 In the current era of multiple one-make single-seater championships, Formula Renault UK has an unmatched pedigree among national level series. Sporting and technical equity remain the foundation of the championship as it prepares for its 20th anniversary season, enhancing the competition to develop drivers’ skills to a very high level.

Räikkönen was the inaugural champion when the Formula Renault 2.0 car was introduced in 2000 as the sole car to be used in the UK series. Hamilton, after making his car racing debut in the 2001 Formula Renault UK Winter Series, finished third in 2002 before romping to the title in 2003. Both drove for the Manor Motorsport team, which now competes under the name of Manor Competition.

From the 2002 season, champion Danny Watts became a successful and versatile racer, culminating in his recent selection as A1GP Team Great Britain’s driver in 2008. Meanwhile, vice-champion Jamie Green won the McLaren Autosport BRDC Young Driver of the Year award. Green was succeeded as the Young Driver award winner by Alex Lloyd, vice-champion to Hamilton in 2003.

From 2004 and 2005, respective champions Mike Conway and Oliver Jarvis both went on to win the prestigious Macau F3 Grand Prix. Paul di Resta, third overall in 2004, and Jarvis were chosen as Young Driver award winners, completing a remarkable run of four consecutive winners of the prestigious prize to come from Formula Renault UK. As a result of the McLaren F1 test element of the prize, di Resta has forged strong links with the manufacturer with which he races in DTM.

As the only single-seater series on the British Touring Car Championship support package, the Formula Renault UK Championship receives the highest possible profile. The recent roll of honour and subsequent achievements of leading drivers from the championship ensures close scrutiny by teams higher up the motorsport ladder, making it the ideal starting place for aspiring professional racing drivers.

Championship Manager Simon North said: “On behalf of everyone involved with the Formula Renault UK Championship, I would like to pass on our congratulations to Lewis on a fantastic achievement. It was five short years ago he was winning his first car racing title with us and to see his progress is very rewarding.

“The fact he is the second world champion to begin his career in Formula Renault UK is quite remarkable. We could ask for no better recommendation of the championship as we enter our 20th anniversary season.”