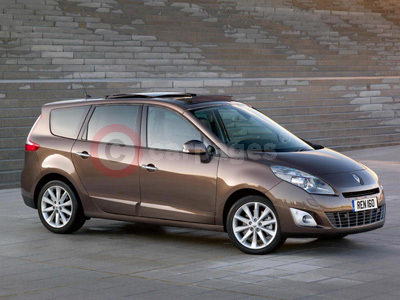 Reaffirming its position as a major player in the UK fleet sector, Renault has announced impressive fleet sales results for 2010, revealing the highest growth in fleet car and LCV market share of any volume manufacturer.

Overall, Renault's cumulative fleet car share of almost 4.8%, an increase of 2.2 points, contributed strongly to Renault UK's overall performance, helping it achieve its target of 5% market share for cars and vans in 2010.

Renault finished the year on a high note. The seven-seat Renault Grand Scenic was a particularly strong performer, accounting for around one third of the total 3,089 registrations in December 2010's figures alone. It was also the best month of 2010 for LCV performance, with 2,325 registrations and an impressive 13.2% market share, ranking Renault as the second highest-selling manufacturer for the period.

Thanks to this notable result, Renault maintained its position as the biggest winner in the UK's LCV market for 2010 with a cumulative share of almost 7.5%, equating to a gain of close to 2.5 points versus 2009. As a result, it also shone as the joint highest UK market share result in the last 20 years. The success was echoed by fellow Renault subsidiaries, with the French marque consolidating its position as Europe's best-selling van manufacturer for the 13th consecutive year, with a market share of 15.9%.

During the year, Renault's network of one-stop business shops, known as Renault Pro+ sites grew to 24 across the country, and the manufacturer also developed Renault iCare, an innovative pence-per-mile service, maintenance and repair system managed via telematics.

In recognition of these new initiatives and the outstanding quality of the model line-up, Renault scooped no fewer than 11 industry awards in 2010, including Fleetworld 'Most Improved Manufacturer of the Year' and the highly coveted 'Van of the Year' prize for New Master at the What Van? Awards.

Darren Payne, Renault UK's Director of Fleet and Commercial Vehicle Operations said, "These results prove that Renault Business is once again a strong and credible contender in the fleet market, thanks to a competitive model line-up and an industry-leading after-sales experience that customers can expect due to the Renault Business Promise.

"What's more, we will strengthen our position still further in 2011 with the introduction of more fleet-appealing low CO2 models in the first half and of course, the build-up to the launch of our first electric vehicle, Kangoo Van Z.E."