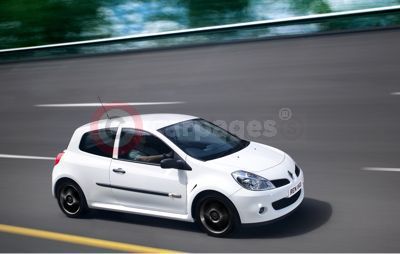 As the biggest market for Renaultsport cars, the UK’s love affair with the ever-popular hot hatch is set to increase even further as Renault throws down the gauntlet to its rivals with ordering now open for the eagerly-awaited Clio Renaultsport 197 Cup, priced at just £14,995 - £1,000 less than the standard version.

Both cars endeared themselves to many enthusiasts who could do without some of the luxury equipment of the normal car in search of more performance and the added benefit of a lower price. The Clio Renaultsport 197 Cup is designed to have a similar effect with some new changes, such as the removal of heavier equipment to enhance performance and reduce price.

The Cup chassis has been specifically designed to deliver top performance and handling, with a 7mm reduction in ride height to enhance performance when cornering, uprated springs by + 27% at the front and + 30% at the rear and stiffer dampers (+10%) for enhanced handling, steering precision and stability.

The 197 Cup has been stripped down to its bare essentials, ensuring it is all about performance at a very competitive price. The interior dashboard and centre console has been taken from Renault’s entry-level Clio Extreme model, whilst some items of equipment, which come as standard on the Clio Renaultsport 197, air conditioning and curtain airbags have been moved to the options list for the Cup version, priced at £525 and £200 respectively.

The two other options available for the Clio Renaultsport 197 Cup are Renault i.d. 17” Speedline alloy wheels in satin black at £175 and, in keeping with ‘Cup’ tradition, lightweight Renaultsport Recaro seats at £850.

Other equipment such as cruise control, speed limiter and electric door mirrors, have been removed entirely or replaced. For example, the Renault Hands Free keycard with steering wheel height and reach adjustment. The Cup has a traditional standard key with remote-control door locking. The steering wheel has height adjustment only.

Stand out from the crowd

The Clio Renaultsport 197 Cup will be instantly identifiable with its red Brembo brake calipers, 17” Anthracite alloy wheels and exclusive ‘Cup’ badges on the base of the B-pillar in line with the rear windows.

To ensure the car stands out from the crowd even further, the Cup is only available in three colours. Non-metallic Racing Blue is standard, whilst metallic Nimbus (grey) is a £360 option. For the first time ever, and in response to customer demand, particularly from the lively Community Forum on www.renaultsport.co.uk, Renault is offering the option of ‘i.d.’ (individual design) Glacier White on the Clio Renaultsport 197 Cup, priced at £150.

To make the exterior of your 197 even sportier, there are a number of ‘i.d.’ options available including Speedline wheels in black with satin finish (£175).

Insurance groups are still to be confirmed, but are expected to be competitive.