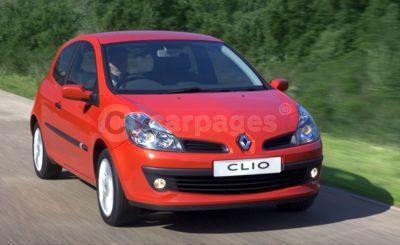 Renault’s New Clio III looks set for success with its combination of funky, stylish looks and excellent performance when it hits UK showrooms on October 15th first in three-door form. The press already love it, and now with the announcement of low insurance groups with only a minimal price rise compared to current Clio, its value for money is sure to widen its appeal even more.

Improved Clio at a great price!

On the road prices for the three-door New Clio have already been announced with the biggest surprise being how well they compare with current Clio despite it being bigger and better equipped.

In most cases, there is only a 2% rise on current Clio, with the biggest rise being just 4% and the new car has extra equipment over the previous Clio, for example the New Clio III Extreme now has lateral airbags as standard (helping towards its Euro NCAP maximum five-star safety rating) previously a £200 option.

In diesel form, Renault expects its New Clio III 1.5 dCi 86 Expression to be its best selling version at £10,850. This is just 2% (£255) more than its current Clio equivalent the Expression 1.5 dCi 80 so not only is the customer getting an all-new car at a great price, there’s also six more hp to play with!

Expected to be the most popular trim level is the sporty Dynamique with the mid range 1.4 98hp engine taking the bulk of the orders. If Clio’s main competition were hoping that Renault would be pricing this all-new car a lot higher at the beginning of its life then they are in for a shock - one that will be a pleasant shock for customers.