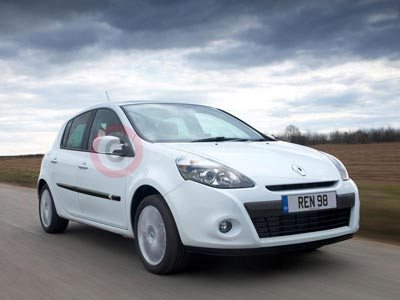 To support its highly-publicised new 'Va Va Voom' TV ad for the high-selling Renault Clio supermini, Renault has just launched a Facebook campaign. Designed to attract users of all ages, fans simply have to vote each week for their favourite Kings and Queens possessing the ever-elusive Va Va Voom quality, with the chance to win a series of great prizes.

Created by Publicis Modem to run in parallel to the French brand's 40-second TV ad which broke earlier this month, starring Rihanna, Dita Von Teese and Thierry Henry, the online activity centres around a Facebook fan page encourages the UK public to start asking themselves what Va Va Voom is and who has it. Fans of the page are asked each week to vote for their Kings and Queens of Va Va Voom to win prizes for themselves packed with the quality which has its own je ne sais quoi, including a 3D TV, Jimmy Choo shoes or an evening at The Fat Duck restaurant in Berkshire.

The weekly winners and losers are revealed in an entertaining, satirical weekly web-show hosted by up-and-coming stand up comedian Chris Martin. The three-minute show, which runs for eight weeks, will also include a summary of the week's Va Va Voom behaviour, vox pops and nominations from the Facebook wall.

Commenting on the company's latest social media foray, Renault UK's David Isherwood, Manager, Digital Communications, said, "We've always been at the vanguard of car manufacturer social media activities, so given the British public's affection for Clio and Va Va Voom, it seemed logical for us to use Facebook as a platform to enhance our direct interaction with customers and Renault fans."

The Facebook page also hosts extra video content, including the television commercial, and offers a product hub where interested users can learn more about the Renault Clio and directly book a test drive without having to leave the website. They can also request brochures and link to Renault TV. Activity will be supported by online banner ads, which reflect the style of the TV commercial, and homepage takeovers and road blocks on fashion, celebrity and lifestyle sites such as Closer, Now and FHM.

Renault will also use a Facebook 'Reach Blocks' for the first time, which will guarantee visibility across the social networking site and lead people directly to the Facebook page and promote the competition.

Facebook ads starring faces from the commercial including Dita Von Teese, Rihanna, David Bowie and Thierry Henry will be targeted to attract users with interests in celebrity, music and sport.