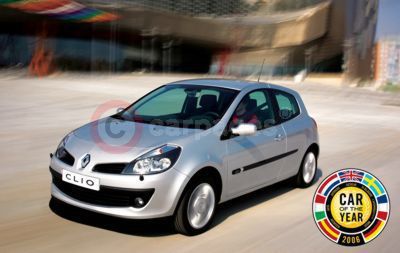 Clio III has been voted Car of the Year 2006. This is the sixth time Renault has won this prestigious and much-coveted award.

Clio III went on sale across Europe in mid-October. The car has enjoyed an enthusiastic reception and initial sales figures are very encouraging.

The award augurs well for the Clio III programme as a whole, ahead of the upcoming launch of Clio Renaultsport and new engines, transmissions and trim levels.