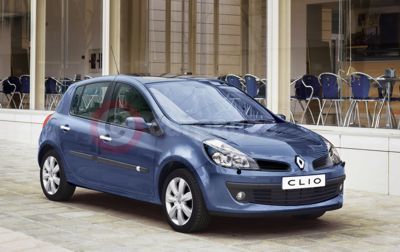 Renault has already seen its three door all-new Clio on sale since last month, received to great acclaim by the Press and public alike, with its chic styling, high quality interior, performance and impressive cabin space.

From 16 November order books open for Renault’s New Clio five-door offering the same quality package as the three-door but with even more luxury and style. Whether it be the value for money Authentique entry-level version, the sporty and stylish Dynamqiue or the top of the range Initiale, New Clio five door has Twice the va va voom.

By offering more practicality to people who regularly carry rear seat passengers, New Clio five-door is expected to account for 25% of UK Clio sales, appealing to people who don't need quite the versatility and space offered by the Modus mini-MPV.

If Renault's rivals thought that this all new Clio was going to shoot up in price compared to its ultra competitive predecessor then they will have to think again. Prices are up on average by only £200 over the outgoing car even though the bigger, more refined New Clio gains standard features like lateral airbags (and curtain airbags on all except Authentique) and a CD player on all models. The mid range Dynamique 1.4 16V 98 rises only £200 to £10,850. The popular Expression 1.4 16V 98 rises only £55 to £10,550.