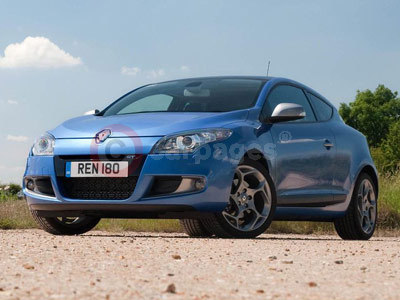 The French champagne continues to flow and Renault's trophy cabinet is already bulging just three months into the year, after the company picked up 'Most Improved Fleet Manufacturer' at the Fleet News Awards 2011.

Triumphing over five other manufacturers, including BMW and Vauxhall, to claim the award, impressively, the win is the French marque's third industry accolade in less than a fortnight.

The award represents a major coup for Renault, as it recognises the series of initiatives which it has launched to enhance its fleet offering in the last year, including cost reduction and continued improvements in product and service quality.

The award judges took into account the number of changes which Renault UK made to its fleet line-up and praised the manufacturer for its level of service, the quality of its range and the reductions in the cost of ownership.

They said, "Renault's efforts in listening to what fleet operators want and going the extra mile to deliver it has resulted in a transformation in how it is now perceived in the industry. It launched the Renault Business Promise, aiming to improve the service for fleet operators, as well as implementing ways of driving down their costs. Although there was some tough competition this year, Renault has done the most to improve."

Collecting the award at the ceremony held yesterday at the Grosvenor House Hotel in London, Darren Payne, Renault UK's Director of Fleet and Commercial Vehicle Operations, said, "We're absolutely delighted to have won this Fleet News award. This latest win, added to the 11 industry awards we won last year, represents excellent independent validation of the tremendous efforts we've put into reaffirming our position as one of the top UK fleet market players.

"With one of the youngest car and LCV line-ups around, and the imminent launch of the final series of Master Van derivatives, we're confident of our ability to build on our impressive sales results from last year in the months ahead. Rather than resting on our laurels, we've proactively sought customer feedback and tailored our package to their specific needs. In addition to the Renault Business Promise, which offers class-leading levels of service for business customers, and Renault iCare, we've continued to roll out Renault Pro+ centres across the country, ensuring that local businesses can easily access a one-stop shop of expertise on everything from finance to conversions."