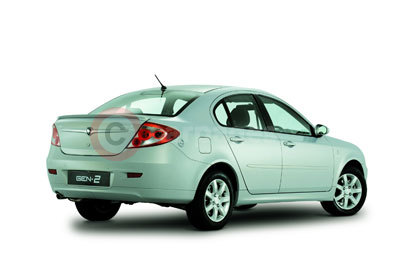 Proton has expanded its GEN-2 range with the addition of two dual fuel models able to run on either petrol or LPG (liquefied petroleum gas).

At around 58p per litre, LPG has become an increasingly attractive alternative following the huge rise in the cost of petrol and diesel, but to convert your car to run on LPG currently costs between £1,500-£2,000. However, there’s finally some good news for the motorist in Proton’s new ecoLogic GEN-2. At exactly the same price as its petrol equivalent, Proton’s new ecologic range offers customers the rare chance to start saving money immediately. Even allowing for the slightly increased fuel consumption when running on LPG, customers can save around 40% on their fuel costs (Autogas Ltd). Based on an average annual mileage of 10,000 miles and the prices of petrol and LPG at £1.12 and 58p respectively (source: Fleet News 20/08/08), this is an annual saving of over £500.

Not only is Proton offering a full factory-fitted LPG conversion at no additional cost to the customer, ecoLogic owners will also benefit from 3 year/60,000 miles total vehicle warranty and 3 years RAC cover.

LPG is not a new concept and is used to run over 140,000 vehicles in the UK currently and 11 million worldwide. Humberside Police have been running LPG-converted Proton vehicles for over 10 years, and with just over 300 on their current fleet, have saved up to £300,000 on fuel costs per year. Proton ecoLogic owners won’t miss out later either, with residual values on LPG dual fuel vehicles recently found to be up to 7.4% better than their petrol equivalent (Fleet News).

It’s becoming increasingly easier to fill up on LPG, with over 1,400 refuelling sites around the UK, including motorway service stations and at major supermarkets.

Not only is the Proton ecoLogic GEN-2 more economical to run, but it has been proved to be more eco-friendly than petrol and diesel. Typically, LPG produces less carbon monoxide, particulates and nitrous oxides than other fuel sources, plus a 15-20% reduction in carbon dioxide compared to petrol. Even the production of LPG is environmentally friendly; it’s a by-product of the extraction and refining of crude oil, which also means there’s a plentiful supply in the UK.

There’s nothing complicated about dual fuel operation, the GEN-2 ecoLogic starts on petrol and then switches to LPG when it’s most efficient to do so, usually after about 20 seconds. Any very slight differences in performance will go unnoticed and the only visible addition to the interior is a switch on the centre console that shows the fuel level. There is a second filler cap next to the petrol cap, which is matched to the exact colour of the car. The LPG tank is situated in the spare wheel well, so owners lose only the smallest amount of boot space.

The Proton ecoLogic GEN-2 has a 1.6 litre engine and is available in a sporty hatchback or saloon version, priced at £10,995 and £10,795 respectively. Customers will be impressed with the high specification that comes as standard, such as reverse distance sensors, air conditioning with pollen filter, electric front and rear windows, automatic central locking and alloy wheels. Both models are available with a leather interior, an option at £1,000, but for a limited time customers can benefit from a stylish black leather interior on the GEN-2 ecoLogic hatchback absolutely free.

Cheaper fuel, reliable motoring, eco-friendly and at no additional cost. Available at Proton dealerships from September 2008, the Proton GEN-2 ecoLogic is a practical solution for the UK motorist feeling the pinch. No catch.

This is a 13-year+ news article, from our Proton archive, which dates back to the year 2000.

If in doubt check with your local Proton dealer as car prices and technical data will have changed since 2008.

Proton GEN-2 Images may not be UK specification cars. Colours and exterior and/or interior elements may differ from actual models.