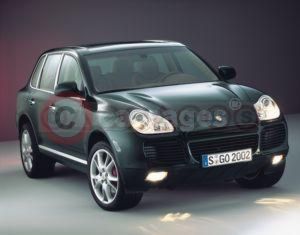 Harm Lagaay retires and is to be succeeded by Michael Mauer

Harm Lagaay, Head of the Design Department at Porsche AG in Stuttgart, will retire on July 1st, 2004. The company’s Board of Management has appointed Michael Mauer, Chief Designer of Saab and Advanced Concept Center General Motors Europe, as his successor. Mauer will take up his new position at the Research and Development Center in Weissach not later than November 1st, 2004.

"Porsche owes a lot to Harm Lagaay," said President and Chief Executive of Porsche AG, Dr Wendelin Wiedeking. "His design philosophy and skill have made a major contribution to the high standing of the 911, Boxster and Cayenne in all world markets and therefore to the success of the company as a whole. He is entitled to be proud of his work."

Lagaay was born in The Hague, Netherlands, on December 28th, 1946. His professional career began in 1967 at the Olyslager company in Soest, Netherlands. A year later he was engaged by car manufacturer Simca. His first contact with Porsche came in 1971, and over the following six years in the Design Department in Weissach, he worked on the 924 and 911 models in particular. In 1977 he moved to Ford in Cologne as Design Manager, where his Advanced Design department worked on the Escort, Sierra and Scorpio. A further step forward in his career followed in 1985, when he became Chief Designer at BMW Technik GmbH in Munich and played a leading part in the development of the Z1. Since 1989 Lagaay has headed the main "Style Porsche" department in Weissach, which has responsibility for the design of all Porsche models and also for development work undertaken on behalf of outside clients.

Under the leadership of Lagaay, both the design study and the final Boxster model took shape; this car was launched in the autumn of 1996 and stimulated a commercial turnaround for Porsche. The 996-series Porsche 911 and the Cayenne are also products of his pen. Lagaay’s career at Porsche culminated with the Carrera GT high-performance sports car, the design of which has been awarded numerous international prizes.

Michael Mauer was born on July 28th, 1962 in the German town of Rotenburg/Fulda, but grew up in Höchenschwand, in the Black Forest. He studied automobile design from 1982 to 1986 at the Polytechnic in Pforzheim, and from there secured his first job in the Design area of Mercedes-Benz AG in Sindelfingen. In 1989 he was appointed Design Project Leader, and two years later oversaw design work for the first SLK model generation. In July 1995, the company appointed him Head of Department and entrusted him with design responsibility for the A-Class, SLK and SL models.

In 1998 Michael Mauer moved to the Mercedes-Benz Advanced Design Studio in Tokyo, Japan, as General Manager, and was intensively involved in advanced development work on various model lines. A year later, he was put in charge of Design at MCC Smart GmbH. In June 2000 he went to the Swedish Saab company as Executive Director Design, and since March 2003 he has also been responsible for Advanced Design at General Motors Europe.

Wolfgang Dürheimer, Board Member for Research and Development, Porsche AG, commented: "Michael Mauer enjoys a high reputation in the automobile industry. He will not only continue Harm Lagaay’s successful work but will also impart new, forward-looking stimuli to design at Porsche. I look forward to welcoming him to our team."

If in doubt check with your local Porsche dealer as car prices and technical data will have changed since 2004.

Porsche unknown_model Images may not be UK specification cars. Colours and exterior and/or interior elements may differ from actual models.