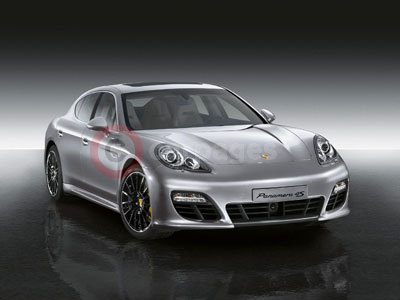 Porsche AG, Stuttgart, has again achieved outstanding results in the business year 2009/10 (31st July). According to the preliminary figures, with a growth of 17.9 per cent to 7.79 billion euros, Porsche achieved the highest turnover in company history. Sales also rose by 8.8 per cent to 81,850 (previous year: 75,238) vehicles.

Michael Macht, Chairman of the Porsche AG Board of Management, foresees a further dynamic company development: "The record turnover dramatically demonstrates that Porsche has regained its former strength. Porsche will also follow up the positive trend in the current business year." Macht primarily bases this upon the Cayenne and Panamera, along with the Porsche 911 Speedster and the Porsche 911 Carrera GTS. Both of these new models will celebrate their world premiere at the Paris Motor Show this week.

In the previous business year 2009/10, the Porsche Panamera, which was introduced on the worldwide market in September 2009, achieved sales of 20,615 units. The highest-volume model line remained the Porsche Cayenne with 29,855 sold. Despite the model changeover in the series in spring 2010, the decline only amounted to 12.9 per cent. The entirely new Porsche Cayenne, at Porsche Centres since May of this year, has already reached 11,618 units.

The development of Porsche fared differently in the world's most important sales regions. Sales outside the core markets in Europe and North America grew significantly by 25.8 per cent to 25,283 vehicles. The Chinese market alone accounted for 11,724 units, an increase by 47.5 per cent from the same period of the previous year. In Europe, sales showed a slight increase by 1.4 per cent to 30,948 units. Of these vehicles, 11,857 were sold in Germany, 3.5 per cent less than in the previous year. In the North American market Porsche sold 23,705 vehicles, an increase of four per cent compared to the previous year. In the whole American market Porsche achieved sales of 25,619 units.

The number of employees increased by the end of the business year by one per cent to 12,722. The overwhelming majority of these, 10,880, were domestic employees. 110 young people started apprenticeship training. In total, 340 trainees were thereby employed at Porsche.

At the same time, the announced change in Porsche AG top management will take place. Starting on 1st October, the previous head of product planning, product management and model ranges for the VW Group and the Volkswagen brand, Matthias Muller, will become the Chairman of the Porsche AG Board of Management. Michael Macht will be joining the Volkswagen AG Board of Management, and he will have the functional responsibility for Group Production.

Porsche unknown_model Images may not be UK specification cars. Colours and exterior and/or interior elements may differ from actual models.