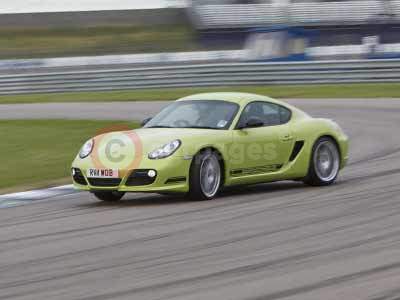 The Porsche Cayman R has been named Britain's Best Driver's Car for 2011, having won the annual contest run by Autocar.

11 of 2011's most exciting new cars were tested on public roads and the racetrack to decide which offers the greatest thrill for the driver.

The six judges highlighted the Porsche Cayman R's completeness, steering and ride as features that stood out.

Autocar's editor-at-large and Britain's Best Driver's Car judge, Steve Sutcliffe, said: "The Porsche Cayman R's steering is about as sweet as it gets and the ride is 150 times better than it has any right to be considering how little body movement there is when you're really going for it.

Porsche Cayman Images may not be UK specification cars. Colours and exterior and/or interior elements may differ from actual models.