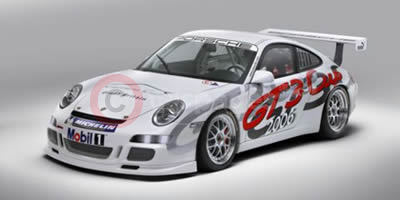 Porsche Cars GB has re-affirmed its long-term commitment to British motorsport by unveiling the car that will be used in the Carrera Cup GB for at least the next three years.

The new model was officially unveiled at a reception at Porsche Cars Reading on the evening of Saturday 30 April.

Since it first supported the British Touring Car Championship in 2003, the Porsche Carrera Cup GB has become firmly established as the fastest single marque racing series on the UK’s premier national motorsport calendar. The combination of evocative sports coupe styling and characteristic rear-engine design makes the Porsche 911 a favourite for drivers seeking a precisely engineered, powerful race car, and one that is immediately recognisable by spectators and sponsors alike.

The next evolution of the Carrera Cup GB will build on this proven reputation and continue to offer competitors the same high level of support from Porsche Cars GB. An extensive prize fund, excellent technical support, race centre hospitality, championship management, TV coverage and media services will all continue to underpin the Porsche Carrera Cup GB.