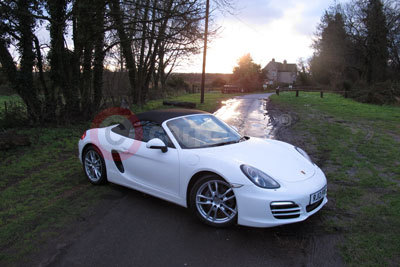 Porsche is firmly established as the definitive brand of sports car, and the Boxster is where the range starts. This sleek and sexy mid-engined two-seater has been around since 1996. The second generation model appeared in 2005, and the current car is the third generation Boxster, launched in the second half of 2012. In internal Porsche terminology it is known as the 981.

The Boxster is admired for its svelte looks, great handling and excellent performance. Always good-to-drive, this latest model is the best yet and has been widely admired for its very engaging road behaviour. Although expensive by the standards of the majority of cars, it is still the most affordable way to drive with that revered Porsche badge on the bonnet.

There are two versions, the Boxster with a 2.7 litre engine, and the Boxster S with a 3.4 litre engine. Both engines are six-cylinder, 24-valve petrol units made of aluminium. Both cars are stunning performers, with top speeds in excess of 160 mph and 0-62 acceleration times below six seconds. The ‘S’ is nine mph quicker flat-out and its benchmark acceleration is seven-tenths of a second faster, at a price of nearly £8,000 extra. Both versions come with a standard six-speed gearbox, and there is an optional seven-speed twin-clutch auto.

From the moment you get behind the wheel you cannot but help being impressed that this is one heck of a car. It has vivid throttle response, precision steering and tremendous grip. It is a joy to drive, hugely responsive and rewardingly communicative. With the standard Boxster this good, you do wonder why you would pay the big jump in price for only a slight increase in performance from the S, other than the cachet of having the top-rung badge on the tail.

The Boxster's kerbweight is a relatively light 1,310 kg and the front-rear weight balance is very evenly spread, helped by the engine's location over the rear axle just aft of the seats.

This is a 7-year+ news article, from our Porsche archive, which dates back to the year 2000.

If in doubt check with your local Porsche dealer as car prices and technical data will have changed since 2013.