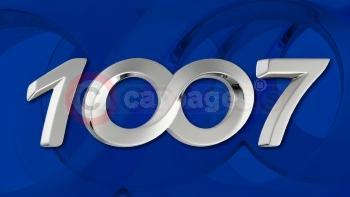 A new numbering system is announced

For Peugeot, identification of its different car models by means of numbers featuring a central 0 is an integral part of its genetic make-up.

However, in response to market fragmentation and the consequent need for a wider range of products – each with strong distinguishing features – Peugeot has decided to expand its naming system by doubling the central 0.

The inauguration of this new four-digit naming system coincides with this year’s launch by Peugeot of a new, original and innovative model that will be positioned as an extension of its existing range.

Three digits, starting with the 201..

This system, based on the famous central 0, is universal. Understood in every country, it is a keystone of Peugeot’s international renown.

It is a system that has continued to prove its worth and has accompanied every new development made by Peugeot. It allows virtually unlimited identification, not least due to the fact that when the time comes, it will be possible to start over again from the beginning.

The 3-digits are an essential component of Peugeot’s brand identity. Conveying a very positive image for the company, the system evokes quality, technology and performance. Approved by customers around the world, this numbering system operates as a sign of recognition and makes it easy to differentiate between models in the range: a central zero with a number on either side. It has not changed since the launch of the 201, and provides three pieces of information about the model concerned: