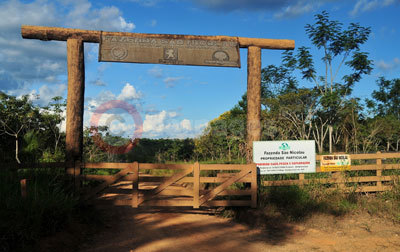 When Peugeot decided to undertake a vast scientific and ecological sponsorship campaign by fully financing an innovative reforestation project with a view to carbon sequestration, over a period of 40 years in Amazonia, with the support of the French National Forestry Board (ONF) for implementation, it was the autumn of 1998, shortly after the signature of the Kyoto protocol.

Shortly afterwards Peugeot and PSA Group introduced an engine representing a technological breakthrough, the Common Rail HDi diesel engine with a 20% reduction in fuel consumption and lower CO2 emissions, and a 50% reduction in regulated pollutant emissions at source. It became the most advanced-technology diesel engine and has sold extensively throughout the world. In 1999 a diesel particulate filter system was introduced as standard fit on the Peugeot 607. Since then new developments of the engine have continued and now all Peugeot engines benefit from advanced technology and ever lower CO2 emissions.

The National Forestry Board ('Office National des Forêts'), managing over 11 million public forests in metropolitan France and the French overseas 'departments', has been campaigning for several years now for greater recognition of the role and potential contribution of forests to the efforts to prevent climate warming; this conviction is based on its knowledge of forest ecosystems, enriched by partnerships it has forged with research institutes specialised in this area.

This fertile meeting between an automotive manufacturer aware of its environmental responsibilities and determined to play its role fully in this area, and one of the largest public forest managers in the world, was the source of this project and the human adventure it entailed, which are the subject of the present special anniversary report produced on the occasion of the 9th meeting of the Peugeot ONF Carbon Sink Scientific Advisory Committee in Paris.

Ten years later, the Peugeot-ONF Carbon Sink Project in Amazonia is a success, with more than 2 million trees of 50 local species planted, accompanied by a high-level multi-disciplinary scientific programme uniting the efforts of Brazilian and French teams at Fazenda Sao Nicolau, where the project is established.

It has demonstrated that it is possible to carry out reforestation projects in the world, while ensuring that they take into account a concern for the protection of biodiversity, through the choice of species planted, and social aspects, through respect for and involvement of local populations and socio-economic stakeholders. Due to the extensive experience feedback from this pioneer project, ONF has become a major stakeholder in forestry carbon sinks in the world, via its subsidiary ONFI.  Peugeot and the PSA Group have remained effective leaders in the control of greenhouse gases as a result of a decade of uninterrupted massive investment in engine technologies, in line with the options they adopted over 10 years ago.

This is a 13-year+ news article, from our Peugeot archive, which dates back to the year 2000.