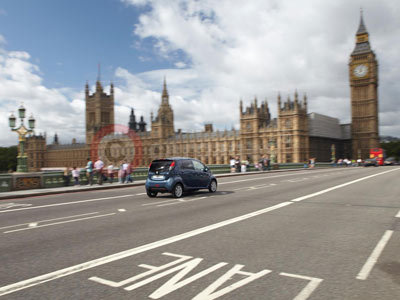 Pioneering UK firms are switching on to the benefits of electric vehicles and turning to the all-electric Peugeot iOn.

Just a few months after Peugeot announced its leasing price, three firms have already moved to add the Peugeot iOn to their fleets to meet their environmental objectives and provide drivers with the most efficient urban transport.

UK Grid, a small company providing carrier neutral data centres, uses enough electricity to power over 4,000 homes a year but aims to be carbon neutral by the end of 2010. It is adopting a range of tactics to meet this goal, including generating power with its own wind farm, as well as reassessing its transport needs.

Unsurprisingly it found its fleet of Porsches didn't fit with the drive for efficiency but, not content with a straightforward downsize in terms of power and consumption, UK Grid has opted to move to Peugeot iOns which are perfectly appropriate for its urban-based drivers.

Rob Garbutt, CEO of UK Grid said: "The Peugeot range has come on in leaps and bounds in recent years and I believe 100 per cent that small, efficient cars like the Peugeot iOn are the way to go for a business like ours."

Tube Lines, owned by Transport for London (TFL), is responsible for maintenance and upgrade work as well as emergency support on the Jubilee Line, Northern Line and Piccadilly Line.

Spurred on by the London Mayor's drive for a greener capital, Tube Lines is evaluating the Peugeot iOn before adopting a range of electric vehicles, including vans, as Phil Constable, Head of Specialist Services explained:

"I think the Tube Lines fleet can adapt to using electric vehicles; our engineers do 50-70 miles a week and, given the Peugeot iOn has a range of 93 miles, electric works for us. Besides, we have many facilities around the capital for fast charging."

Apollo is a fast growing property services company, working in partnership with local councils nationally, but key areas of operation are in and around London. Terry Melton, Fleet Manager explained why they are looking at the Peugeot iOn:

"Compared to other earlier electric vehicles, the Peugeot iOn offers not just 100 per cent electric power but also good safety for our drivers (ESP, six airbags etc…), which is obviously important to me as a fleet manager.

"I was also attracted to the commercial case for the Peugeot iOn, seeing that it is exempt from the Congestion Charge and 'pay and display' parking, too. Some of our staff are currently using public transport which makes them much less mobile when on site, and that's where we could really benefit from the Peugeot iOn.

"The technology is definitely in place now for electric vehicles to be a success, but it's also reassuring that Peugeot's warranty covers the vehicle, battery and electric drivetrain for the duration of the four-year lease."

Commenting on the instant interest in the Peugeot iOn, Peugeot's Fleet Director, Phil Robson, said: "As soon as we announced the commercial details for the Peugeot iOn, we have received enormous interest from both private and public sector organisations, who like its environmental credentials, simple finance and low running costs. But perhaps more gratifying is the positive response in terms of driveability, safety and flexibility; all areas where it has to compete with traditional vehicles.

"The early signs are that, where appropriate, the Peugeot iOn can go on to provide a genuinely important addition to our range of transport options."

Peugeot iOn Images may not be UK specification cars. Colours and exterior and/or interior elements may differ from actual models.