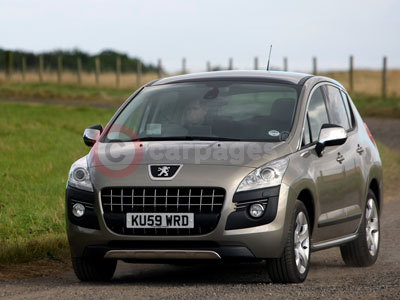 Just days since its launch, thousands of entrants are vying to become European eco driving champions in Peugeot's ECO CUP.

Of the 18 European countries included, Spaniards are the most eager eco drivers so far with more than 1500 entrants, closely followed by the French. The UK is lagging behind but, with Europe's most expensive fuel, Britain's drivers may yet prove they have what it takes to stretch every drop of fuel to the max and take the podium.

With four weeks still to go, the greatest challenge may be for Peugeot to whittle a forecast 10,000 entries to 72 challengers, four each from 18 different European countries, to compete for the ECO CUP in four different Peugeot cars.

Starting in Paris on Sunday 28th February 2010, the Peugeot ECO CUP will be run over a compulsory 1,000 kilometre route to Geneva, taking between 30 hours and 36 hours. The competition will reveal Europe's four best eco drivers, who will be driving four different Peugeot cars in a bid to win a brand new version of their competition car. Would-be competitors can enter at the dedicated website which can be found by logging onto Peugeot's website, entries close on the 10th February 2010.

Peugeot UK MD Jon Goodman said: "Come on you Brits, let's get away from the potholes for a few days and show Europe we are the greenest drivers. After all, average speeds on Britain's motorways mean we're already used to optimising our speed for the best fuel consumption."