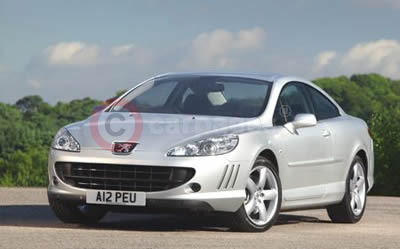 Men are back? Apparently, the message behind Peugeot’s tongue-in-cheek television advertisement is that the 407 Coupe is masculine but not macho - a confirmation of male values rather than male domination. A curious slant as Peugeot tells us that even though the majority (75 per cent) of previous 406 Coupe buyers were men, the company expects that the new styling will entice more women to get behind the wheel.

When the new 407 saloon and SW arrived in 2004 wearing the new corporate family face, it was a ‘hit’, exceeding all expectations and supply. In fact, it became the second best-selling car in Europe and won many awards. The Coupe’s designers have built on the saloon’s appeal by enhancing the styling cues that helped to make it so popular.

I was rather taken by the shark-like front end and the sophisticated, elegant lines. However, if I ever bought one, I would have to develop my muscles so that I could deal with the heavy doors. The extra weight is necessary because of the extra door width and the fact that they house no less than three internal, side-impact protection tubes.

Peugeot have done such a good job in this area that the Coupe was awarded five stars for front and side impact and gained a further 4-star award for the child rating, by Euro NCAP.

Peugeot 407 Coupe Images may not be UK specification cars. Colours and exterior and/or interior elements may differ from actual models.