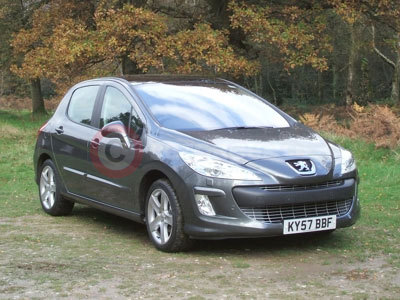 Rugby fans will already be familiar with the new Peugeot 308. It’s sporty, feline looks were a firm fixture on our television screens during the Rugby World Cup.

Those who were inspired by the adverts, to take a test drive will already be aware and those that haven’t yet, should, as the 308 is an impressive car.

This is particularly so of the test car, whose 1.6 THP 150 engine, was developed in partnership with BMW along with the ‘ordinary’ 1.6 VTI 120 and the 1.4 VT I95. What makes this all-new engine so special is that it has all the fun that a petrol engine has to offer, but it thinks it is a diesel.

THP stands for, Turbo High Pressure and features a Twin-scroll turbocharger and a high pressure, fuel delivery system. It is a combination that makes the 308 capable of a top speed of 133mph and it takes just 8.8 seconds to do the 0-62mph sprint. Those figures are very petrol-like and so is the 150bhp produced by the engine at 5,800rpm, however, while the 180lb ft of torque isn’t too much of a surprise, the fact that it is available at just 1,400rpm is.

To put this into perspective; 30mph in third gear is achieved at around 1,800rpm and 50mph in fourth gear occurs at 1,900rpm, or thereabouts. Both are well within the torque band, which means that the 308 is always ready for some swift acceleration, if required. A further example of the THP’s prowess can be seen when its vital statistics are compared with the ‘regular’ 1.6 VTI, petrol unit, which produces 120bhp at 6,000rpm and 120 lb ft of pulling power at 4,250rpm - that’s 2,850 revolutions later than the THP version.

The fuel consumption figures are equally telling. The urban and extra-urban usage figures are 28.8 and 50.4mpg, respectively and the combined cycle is 39.7mpg, while CO2 emissions are measured at a low 167g/km (VED £165). The 1.4 and 1.6 VTI engines are even better but are easily beaten by the diesel engines on offer.