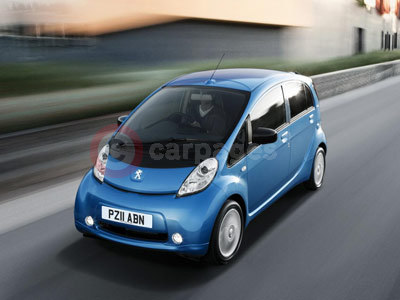 Peugeot has added to its prominent cabinet display of silverware collected over the last year with perhaps one of the most important awards in the calendar - the Fleet News 2011 Awards 'Green Fleet Manufacturer of the Year' accolade.

Presented at a ceremony at the Grosvenor House Hotel, London, the award was decided by a panel made up of fleet industry experts and senior members of the Fleet News editorial team, chaired by former SMMT chief executive Christopher Macgowan and audited by Deloitte.

On presenting the award, Simon Harris, deputy editor at Fleet News, said: "Peugeot continued to drive down average emissions in 2010 and is upping the ante for 2011 with an electric vehicle, new low-CO2 diesel models, a new e-HDi micro-hybrid option and the launch of the world's first diesel-electric hybrid."

Phil Robson, Fleet Director for Peugeot UK, collected the award, saying: "We are absolutely delighted. This is a major accolade for us when efficiency and lower CO2 emissions are top of every fleet buyer's agenda.

"It really is testament to the sustained effort that Peugeot has made over many years to refine its existing engine technology and to bring to market new, cleaner technologies that offer a genuine solution for everyday motoring. With the 3008 HYbrid4 - the world's first diesel hybrid - coming later this year and a plug-in hybrid to follow soon after, we are the brand 'on the move' and one with a priority on cleaner, more fuel efficient motoring."

2011 got off to a quick start for Peugeot with the arrival of the new Peugeot iOn all-electric (zero emissions) vehicle, and is followed now with the remarkable Peugeot 508 and Peugeot 308 with models that feature the latest e-HDi micro-hybrid and Stop & Start System. The Peugeot 3008 HYbrid4 is available from October 2011 and uniquely combines a HDi 163 diesel engine driving the front wheels with a 37bhp electric motor at the rear to give a maximum of 200bhp, drive to all four wheels, Auto, Sport, 4WD and ZEV (Zero Emissions Mode) selection, a potential of 74.4mpg with 99g/km CO2 and prices starting from £26,600.

Peugeot also celebrated the award well away from the big city lights of London's West End at its Simon Bailes Stockton-on-Tees Dealership, which has confirmed delivery of 20 electric Peugeot iOn cars to the Switch EV project.

Switch EV, which is working in partnership with 'Charge Your Car', North East England's 'Plugged in Places' scheme. Switch EV is running 49 electric vehicles in approximately 145 separate trials in the north east over the next two years, with the overall aim of confirming that electric cars can integrate into everyday driving scenarios.

John Austin, programme manager at Switch EV, said: "We're delighted that Simon Bailes Peugeot has joined the Switch EV consortium and bringing an additional 20 electric vehicles will be a major boost to the trial. Through its involvement, we will be able to significantly increase the number of organisations and families able to access an electric vehicle in the north east. This will be one of the UK's largest passenger vehicle trials and will provide very valuable data".

This is a 10-year+ news article, from our Peugeot archive, which dates back to the year 2000.

If in doubt check with your local Peugeot dealer as car prices and technical data will have changed since 2011.