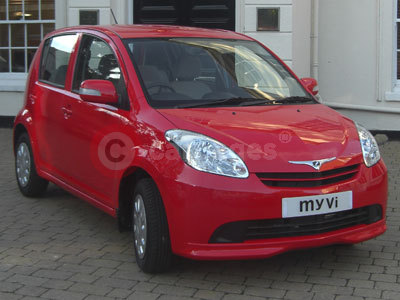 Perodua has had a successful start to 2010 as registrations for January are up by an impressive 67.6% in comparison to the same month last year, in a market which is up 29.8% on last year.

The Perodua Myvi offers fantastic value for money without compromising on specification and can be purchased from as little as £5,799 through the Government Scrappage Scheme. With features such as air conditioning, four electric windows, electric mirrors, central locking and power steering all as standard, the Perodua Myvi represents great value to customers looking for a new vehicle. Available in a choice of free metallic paint and high gloss finishes, the Perodua Myvi also looks the part with body coloured bumpers, door handles and mirrors with integral indicators and is surprisingly spacious inside.

The Perodua Kenari mini-MPV is also available from only £4,799 when purchased through the Government Scrappage Scheme and has central locking, power steering and electric windows all as standard. The Perodua Kenari continues to be popular proven by a 100% increase in registrations during January in comparison to the same month last year.

This is a 10-year+ news article, from our Perodua archive, which dates back to the year 2000.

If in doubt check with your local Perodua dealer as car prices and technical data will have changed since 2010.

Perodua Images may not be UK specification cars. Colours and exterior and/or interior elements may differ from actual models.