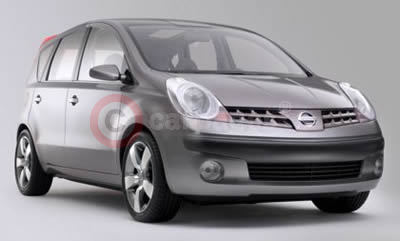 Nissan has announced plans to build a fifth model at its award winning plant in Sunderland in the UK. Unveiled at the Paris motor show, the show car called Tone hints at the future model which goes on sale in early 2006.

A roomy five seater, Tone is aimed at parents who need a practical car in which to carry the family but who are not prepared to trade space for driving pleasure. Tone has been designed to combine the two, providing clever use of interior space with a fun to drive attitude.

As a vehicle which will have a busy life, reflecting the life of its drivers, it features the Intelligent Key which can be found on the Micra - the only car in its class to have it. Intelligent Key enables the doors to be locked or unlocked without trying to find the key. Using proximity sensors, it will unlock the doors at the touch of a button on the door handle, saving the driver the inconvenience of searching for the key when their hands are full.

And the ignition works in a similar way. If the key is detected, the car will start without having to put the key in the ignition lock.

Tone takes styling influences from the avant-garde Micra and mixes them with design cues from other Nissan concept and show cars. The result is as individual as the Micra yet Tone is demonstrably a member of the Nissan family.

The arched roof line, at its highest point above the B-pillar, has become a feature of Nissan road cars since the Fusion concept car became Primera. The pronounced waistline is fashionably high while the front and rear bumpers are fully integrated into the design.

Other influences, however, come from the more recent QASHQAI urban crossover concept that drew the crowds at the 2004 Geneva Show. Like QASHQAI, Tone has highly distinctive boomerang LED rear lights that frame the tailgate and roof, while Tone’s prominent triangular rear side windows are scaled up versions of those found on QASHQAI.

At the front, the grille adopts an aggressive double-deck four-slot design similar to the grille on Murano, while the dominant headlights house powerful projector beams. With very short overhangs front and rear, the profile is dominated by bold 17 inch alloy wheels.