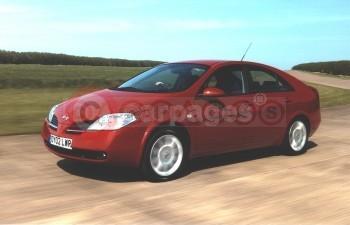 Nissan Motor (GB) has sold its millionth vehicle since taking over sales and distribution of Nissans in the UK a little over 10 years ago. And the company is letting its future customers share in the celebrations with the offer of 0% finance over three years on any Primera bought before the end of September. Saloon, hatchback or estate.

Most popular of all the various models sold have inevitably been the UK manufactured Primera and the near ubiquitous Micra. Together they’re responsible for two thirds of the company’s million sales tally. But although the names on the Nissans in the company car park haven’t changed much since operations started in January 1992, their design certainly has – just compare today’s Primera with that of 10 years ago.

Nissan Motor (GB) has also been steadily growing its 4x4 business with 44,000 Terranos, Patrols, Pickups and, more recently, X-TRAILs sold in its 10-year history. But most memorable for the company’s staff, and especially those lucky enough to drive one, were the 200 Skyline GT-Rs imported over the last few years which are the most expensive cars the company has yet sold. And also the fastest.

Nissan Motor (GB), or NMGB as employees affectionately call it, is the biggest customer of Nissan’s Sunderland factory and will take around 90,000 of the 300,000 or more Micras, Almeras and Primeras that will be built there this year. Which means that 90% of the Nissans that’ll be sold in the UK during 2002 will have been built in this country. Incidentally, they’re celebrating up north, too, because not only is Nissan now the biggest producer of cars in the UK but the factory has just been ranked Europe’s most productive car plant for the sixth year running – well done to them.

Since 1988, Nissan has also had a technical design facility situated in the Midlands responsible for the engineering of many of the cars sold here including the recently launched Primera Hatchback, a vital car for NMGB’s business. Together, the three UK based Nissan operations make a formidable team that within six months will be joined by a fourth when Nissan moves its European design studio to central London. And you thought Nissan was a Japanese company.

What is well known is the recent and dramatic turnaround of Nissan globally, towards which NMGB has made a worthy contribution and will continue to do so under the company-wide business plan covering the next three years - NISSAN 180. An important ingredient in this is exciting new product like the New Primera which fittingly is the subject of the millionth car celebration offers.

0% finance (with 40% deposit) over three years has already been mentioned. But for the less financially stoked up, Nissan is also offering 6.9% over four years with a 20% deposit which means a Primera 1.8 S, say, could be driven away for just £2920. If final ownership of the car isn’t an issue, then check out Nissan’s Preferences personal lease plan and the various celebratory Primera plans available till the end of September.

Despite offers like these and cars like the New Primera, NMGB refuses to speculate on whether it will reach the next million faster than it did its last. But it would be surprising if it didn’t, don’t you think?