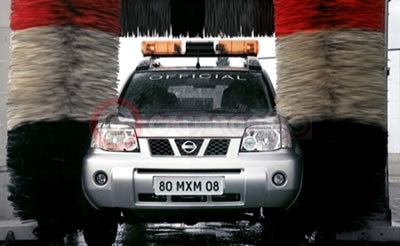 The recent advertising campaign for the Nissan X-TRAIL has had the nation grooving to its infectious soundtrack. The single Follow me Follow me by Black Alien & Speed has been so popular that the world famous DJ, Fatboy Slim, has done his own remix version of the track, which was released in the UK, Spain and Germany on 5 July. The ‘Rio funk’ classic is already winning radio airtime and is set to sweep Britain.

The track has already been played a number of times on Radio 1, the most widely recognised radio station in the UK, with Jo Whiley and Zane Lowe blasting out the record to their combined audience of 1½ million people. And as if that isn’t enough, Dave Pearce has recently made the single his ‘Record of the Week’. His show draws in 373,000 people every day, all ‘turning it up loud’, as the show goes live at 6:00pm, every Monday to Thursday. Other radio stations, such as Capital and XFM have wanted a piece of the action, so have also been giving the track airplay, in addition to MTV Base playing the video nearly 50 times to their 5.6 million viewers.

Adding to the single’s success is the man himself, Fatboy Slim, who appeared as a surprise guest DJ at Glastonbury Festival, playing the record to 150,000 muddy music lovers. Equally as high profile, was DJ Jon Carter’s performance. He got the party started with Follow me, Follow me at the Lovebox Festival on Clapham Common, getting 100,000 people raving to the penetrative tune. Currently the single has shipped over 3,000 copies to date, so an entry into the top 40 is expected this weekend.

The record is available in store, as well as to order from various websites including HMV, Amazon and the record company’s own website (www.mrbongo.com ), which has a link directly to the X-TRAIL site.

The X-TRAIL’s popularity has been reflected in Nissan being awarded ‘Best Recreational 4x4’ by Auto Express magazine for the third year running.

Nissan X-Trail Images may not be UK specification cars. Colours and exterior and/or interior elements may differ from actual models.