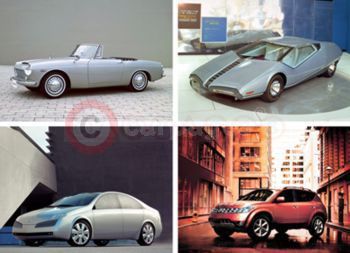 Nissan is celebrating 50 years of design and is showcasing in Tokyo the historical achievements of its design department over the past 50 years, as well as its future design vision.

Nissan has established itself as the creator of a bold, extensive model range reaching the four cornerstones of the world’s customers with its range of passenger cars, commercial vehicles, sports cars plus a full line of 4x4s.

From the Datsun roadsters, compact pickups and the 510, to the Z, Patrol and the powerful Skyline GT-R, for over five decades Nissan has made a lasting contribution to the advancement of automotive design. During this time, Nissan has propelled its image to new heights by bringing innovation to reality with a number of vehicles, making Nissan one of the world’s top automakers.