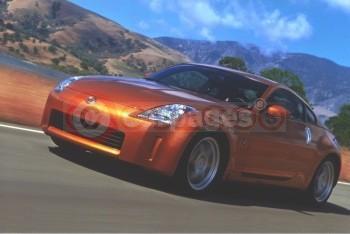 Possibly the most exciting car launch of the year has been Nissan’s 350Z. And also the most frustrating. At least for British car enthusiasts, which includes everyone at Nissan Motor (GB) Ltd.

Orders are pouring in before the car even goes on sale from customers in the US and Japan, the only markets so far to get the car. When or even if it will go on sale over here has remained a mystery. Until now, that is.

It took no less a man than Nissan’s CEO, Carlos Ghosn, speaking at the Japanese Z launch to end the speculation announcing that yes, it will go on sale in the UK. Unfortunately he omitted to say when, though. Damn.

What we do know is that the 350Z is at least a year away from UK introduction because early demand is already ahead of supply and there is much engineering work to be done to tune the car to our driving needs. However it will be worth the wait according to the raving press reviews the car has so far received.

In setting the concept for the 350Z, the designers were guided by "Z DNA" – the combination of passion, performance, practicality and value that marked the first Nissan Z car, the 240Z, when it was launched 33 years ago. There are some design cues passed on from 240 to 350Z such as the long nose, triangular cabin form and the lines extending from the arch-shaped roof to the hatchback opening. But the aggressive nose, wheels pushed out to the corners of the car under bulging arches and geometric front and tail-lights fast forward the 350Z into the future. The Americans aren’t a people known for being reserved. But the lust they’re feeling over 350Z can be forgiven.

And they’re going to love it when they get to drive it. 350Z is a rear-wheel drive, two seater sports car powered by a 3.5-litre 287 bhp (in US tune) V6 engine through a six speed gearbox. Yes, it handles and, yes, it’s quick not least because the 350Z was benchmarked during development against such hero machines as the Porsche Boxster and Nissan’s own Skyline GT-R. That car was last listed in Nissan GB’s price list at £54,000. The 350Z will be roughly half that.

All of which is enough Z-iness for now – we still have some way to go before the car goes on sale here. Sadly. For now, Z-odnists can log onto www.nissan.co.uk and the Z microsite for regular fixes. The site’s only been live for five days but has already received 1300 hits from enthusiasts who have read about the car and been gagging for more information. For them, and Nissan GB, the Z-case continues.