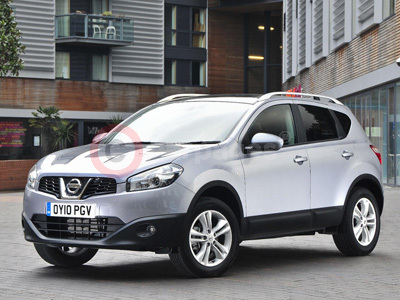 A bumper sales month in June 2010 has helped Nissan to put the finishing touch to fantastic figures for the first half of 2010. A substantial increase in market share, an impressive leap up the manufacturer chart and record breaking numbers of the ever-popular QASHQAI rolling out of Nissan's Sunderland plant - plenty to celebrate for Britain's biggest car maker.

The headline figure is 48,983 - that's the total number of Nissan models sold so far in 2010 with the Nissan QASHQAI accounting for a staggering 19,244 sales in 2010 to date. That's an increase of 44% for the innovative cross-over model over last year. Overall, for the first six months of the year, of the 45,523 passenger cars sold 88% rolled off the line in Nissan's Sunderland plant.

While the latest sales figures show signs of economic recovery for the car market as a whole, Nissan has outperformed the competition, growing its passenger car market share from 3.4% in 2009 to 4.1% so far this year.

However, the year-to-date figures only tell half the story. Along with sunny skies, June brought with it great Nissan sales success. A total of 11,094 new Nissans were sold, which is a staggering 51% more than during the same month in 2009 without the benefit of Scrappage. As a result, Nissan bettered the position of its Japanese rival Toyota in the sales charts, making it the number one Japanese brand in the UK thanks to its market share of 5.2% for the month.

Once again it was the Nissan QASHQAI that stole the show, finding 5,636 new owners - a sales increase of 160%. That made the Nissan QASHQAI the fifth best selling model in the UK in June 2010, and the celebrations at Nissan's Sunderland plant continue with a 45% boost in British built Nissan Micra sales taking the supermini's total to 2,785 last month.

Nissan's UK MD, Paul Willcox comments: "Nissan is a brand on the move. To be selling one-and-a-half times as many vehicles in June this year than we did in the same month of 2009 shows that buyers have regained their confidence and are heading for Nissan showrooms. QASHQAI continues to be an incredible success and we'll be building on this success throughout the rest of 2010 with the addition of Juke and new Micra."

Unlike some of its rivals, Nissan hasn't solely relied upon the Government's Scrappage incentive scheme to bolster sales this year. While the 15,798 sales Nissan chalked up through Scrappage put the firm 9th in the Scrappage chart, it's clear that Nissan sales can remain strong as the scheme comes to an end.