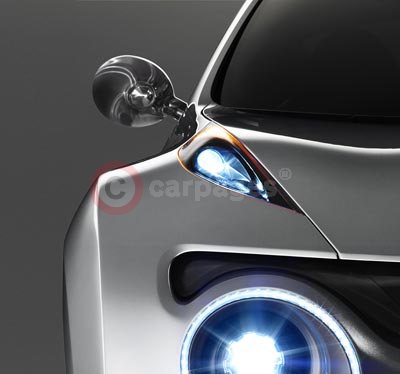 The star of the Nissan stand at the Geneva International Motor Show will be the Nissan Qazana, a show car providing a good indication of the, as yet unnamed, compact car that will be produced at the Nissan Sunderland plant from 2010, safeguarding around 1,100 jobs.

Best described as a small Crossover, the Nissan Qazana has been conceived to challenge conventional wisdom about what buyers of small five-door cars should expect.

The striking design is dominated by large, wide wheel arches and a lower shape which gives a feeling of strength, while the upper body is dynamic, assertive and sporty. The Nissan Qazana is a five-door, with the rear doors opening forwards once the front doors have been opened, in the style of 'suicide doors'.

The Nissan Qazana will reinforce Nissan's position as a pioneer of Crossovers, building on the success of the Nissan QASHQAI and the recently introduced QASHQAI+2.

Trial builds of the production car will begin in early 2010 before its introduction on the Nissan Micra/Note line. There it will take up manufacturing capacity created when production of the current version of Micra ends later that same year.

The new model has been designed and developed in the UK and represents around £57m of investment. Its arrival takes the total investment by Nissan in the Sunderland plant to around £2.5b since 1984.

Trevor Mann, Nissan Senior Vice President for Manufacturing in Europe, commented: "The difficulties currently facing the car industry have been widely documented, and Nissan has not been immune. As a result we have had to make some difficult decisions, but the reason we have done so is to secure a long and positive future for the plant. Qazana points the way to that future and gives an indication of the unique and exciting car we will be producing in Sunderland next year."

Nissan Qazana Images may not be UK specification cars. Colours and exterior and/or interior elements may differ from actual models.