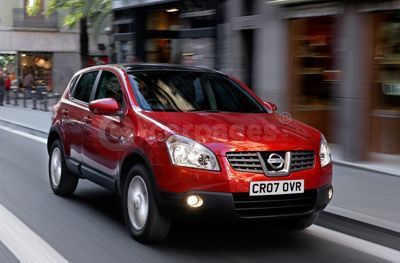 In the 12 months that have passed since it was unveiled, Nissan's QASHQAI has enjoyed great success.

Sales of the compact crossover began in March and, by the end of July, the total number of deliveries had reached 66,000 units across Europe, far beyond expectations. Indeed, to meet demand, Nissan has invested an extra 3.5m Euro to increase production of QASHQAI by 20 per cent at its factory in Sunderland, United Kingdom. A total of 850 QASHQAIs are now manufactured every day at the Sunderland plant, and on 4 September, the 100,000th QASHQAI was manufactured there.

Furthermore, to ensure that the Sunderland factory can meet demand for QASHQAI in Europe, it was recently announced that production of QASHQAI will be expanded to the Kyushu plant in Japan to satisfy demand for the model in Japan, where it is known as Dualis. Production will start in Japan early in 2008, with an annual output of 24,000 units per year. In Japan sales of Dualis have reached nearly 10,000 units since its launch in May.

In Europe, Nissan’s early customer research has highlighted some interesting trends. Simply speaking, QASHQAI is bought by younger people than the C-segment average, and by more women:

Particularly encouraging is the statistic that one third of QASHQAI buyers fall into the 36-45 year bracket, against a 20 per cent average for the C-segment and 27 per cent for the C-SUV. Initial customer feedback shows that buyers like the QASHQAI for bringing something new to the market; for its strong, distinctive design which sits between a traditional hatchback style and a more robust, elevated SUV shape.

Nine out of ten QASHQAI buyers in Spain are first-time Nissan buyers and that trend is nearly repeated in Italy (84%) and UK (83%). QASHQAI buyers have consistently cited the premium quality interior and overall design as key factors in changing brands to Nissan. As anticipated, buyers of QASHQAI typically used to drive a compact hatchback, such as a Mégane or Focus, an entry-level family hatchback, such as a Laguna or Avensis, or an SUV, such as a RAV4 or Freelander.

In terms of the car, half of all QASHQAIs have been specified with the 1.5dCi diesel engine, with the 1.6-litre petrol engine as the next favoured choice with 22 per cent, closely followed by the 2.0-litre diesel at 20 per cent. And the mix of QASHQAIs equipped with the ALL MODE 4x4 system is 25 per cent.

Two-thirds of QASHQAIs ordered are in Acenta grade, the middle specification level, while the most popular option is the panoramic glass roof. Metallic black has proved to be the most popular colour, with 31 per cent of orders, followed by Blade Silver (26%) and Faded Denim (16%).

The QASHQAI was designed and developed in Europe following extensive research of local market buying patterns and a deep consumer analysis of unmet needs among car-buyers. Nissan Europe’s product planners identified an opportunity in the market to design and develop a vehicle which provided more dynamic design, without the perceived aggression of a compact SUV, yet maintained the elevated driving position which is popular, but not at the expense of driving enjoyment. The QASHQAI is that model.

The QASHQAI was designed at Nissan Design Europe, situated in Paddington, London, while technical development was undertaken at its technical centres in Cranfield, England, Barcelona, Spain and near Bonn, Germany.