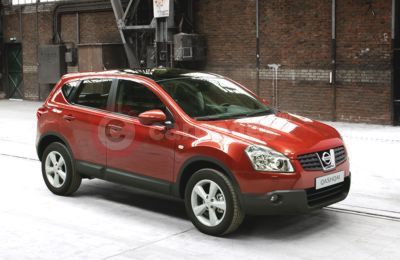 Nissan today (6 September) presented for the first time its new Compact Crossover for Europe, the QASHQAI at an event hosted in Paris by Carlos Ghosn, Nissan's President and CEO.

Inspired by the concept car of the same name that was presented at the 2004 Geneva Motor Show, the QASHQAI (pronounced "cash - kai") is a new vehicle for Nissan in Europe, with sales starting in February 2007.

It will cater for those car buyers who want a more dynamic design than that offered by a traditional C-segment car, but who are not attracted to the large, aggressive nature of a compact SUV.

The design of the car was led by Nissan Design Europe (NDE) and it represents the first new production vehicle to be designed at NDE since its move to London in 2003. The development programme was led by Nissan Technical Centre Europe based in Cranfield, England, with significant input from Nissan's engineering base in Japan. QASHQAI will be produced at Nissan's factory in Sunderland, England.

As well as European sales, QASHQAI will also be exported from the Sunderland factory to Japan - where it will be named Dualis - the Middle East and additional overseas markets. 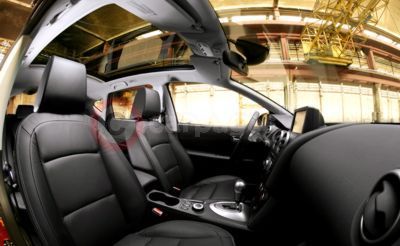 The QASHQAI is described as a crossover as it inhabits the area where passenger car attributes meet those of a 4x4. In terms of design, the top half of QASHQAI is reminiscent of a dynamic passenger car, with a sleek, dynamic form that features a distinctive shoulder line which rises at the rear - a design cue similar to that of the Murano.

The lower portion of the car suggests SUV attributes of strength and solidity thanks to large, pronounced wheel arches, slightly elevated ground clearance and a purposeful stance.

The interior has been designed to give the driver a focused cockpit feeling, with a clear separation between them and their passenger. The deeply recessed instruments give a sporty feeling to the driving environment - a feeling reinforced by the raised central console. However, the front and passenger environments have been designed to feel airy, spacious and relaxing.

In terms of size, QASHQAI sits between C-segment hatchbacks and SUVs. It has a wheelbase of 2630mm, it is 1610mm tall, 1780mm wide and 4310mm long. It is about 100mm longer than a typical hatchback but 150mm shorter than a typical SUV. Similarly, it is taller than rival hatchbacks by between 100-150mm yet up to 130mm lower than an SUV.

Several gearbox options are available, according to engine choice. These include a five- and six-speed manual, a new six-speed automatic and a Continuously Variable Transmission (CVT) option with manual mode.

Both 2.0-litre engine options can be specified with Nissan's advanced ALL-MODE 4x4 system which gives added security and stability in marginal conditions.

Speaking at the launch event in Paris, Mr Ghosn said: "European customers want it all: dynamic design, driving performance and attractive premium interior. QASHQAI delivers all which is why it will lead our sales growth in Europe and the growth in recognition of Nissan as a truly bold, thoughtful and innovative Japanese brand.

"We expect QASHQAI will sell more than 100,000 units a year on average across Europe - with 80% of those customers buying a Nissan for the first time. Before QASHQAI, they drove a premium C-segment car, a compact 4x4 or a D-segment car," added Mr Ghosn.