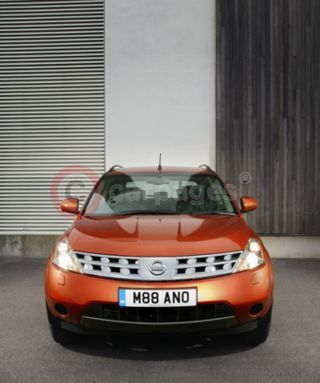 Nissan’s epic ‘Original Drama’ advertising campaign created by TBWA/London is to be launched as a full-length film on DVD as part of a Fox Television tie up. From August, anyone ordering a Murano, Pathfinder, 350Z or new Navara brochure will automatically get a copy. Just phone 08457 669966.

The original programming - which was aired between January and July during Sky One’s weekly package of flagship drama series including ‘24’, ‘Nip/Tuck’ and ‘Dream Team’ - was made up of one minute long mini-episodes. It was designed to grip viewers in the same way as the award winning drama ‘24’.

The huge number of hits on the website, phone calls to the company and amount of discussions on internet bulletin boards prompted Nissan to commission the special 20-minute version. The deal with Fox TV confirms the SHIFT_ in how this creative work has transcended the ad break to become an entertainment property in its own right.

Nissan’s movie was shot in Nevada and Arizona. Believed to be the first time a short film has been distilled into a single advertising campaign, its storyline revolves around one un-named character and features four new models launched by Nissan in the UK during 2005: Murano, Pathfinder, 350Z Roadster and Navara. The tie-up, which reached its finale on the evening of the series-ending episode of ‘24’, was the largest such entertainment package in Sky’s history and marks Nissan’s biggest UK television programme partnership to date.

The ‘24’ DVD box set release comes with the Nissan film and will act as the trigger in another phase of Nissan marketing activity. The 300,000 copies of the ‘24’ set released into shops will tempt customers into dealerships by including the chance to win luxury holidays if they take a test drive.

Nissan Marketing Director, Paul Willcox, said: "This is an inspirational campaign that has provided a great opportunity to promote our exciting range of vehicles and has brought our SHIFT_ marketing strategy to life. The promotion in connection with the ‘24’ box set release uses advertising and PR to give customers the opportunity to win great prizes and test drive great product."

The campaign was written by TBWA/London creative team Matt Lever and Helen Board and directed by Patrik Bergh, winner of the 2002 Orange FilmFour Prize for Short Film.

Nissan Murano Images may not be UK specification cars. Colours and exterior and/or interior elements may differ from actual models.