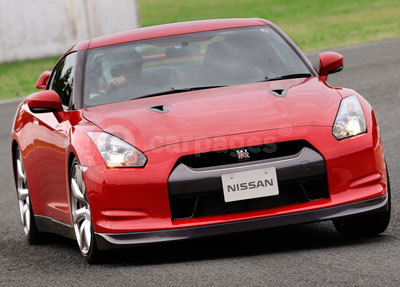 The multi-award winning Nissan GT-R has earned yet another accolade, this time collecting the 2009 World Performance Car of The Year title.

Chosen as the winner from an initial entry list of 23 contenders from 25 countries, the Nissan GT-R wowed the judges with its pace and agility. World Car of the Year's panel of journalists, which includes Nat Barnes, Peter Burgess and Mike Rutherford from the UK, concluded that "the R35 throws even former GT-Rs into the weeds via an all-new 3.8-litre twin-turbo V6 providing 485 horsepower and 588 Nm of torque. The drive of the GT-R, especially on a track, reveals an incredibly flexible all-wheel drive chassis."

The judges were so enamoured by Nissan's performance flagship that they were moved to suggest that "for $77,000 [from £56,795 in the UK] it may be the world's best enthusiast car."

"We've received some great awards here in the UK and it';s particularly satisfying that the same sentiments are felt by leading motoring journalists from around the world in the shape of the WCOTY jury," comments Paul Willcox, Managing Director Nissan Motor (GB) Ltd.

"We've always said that the GT-R delivers a unique blend of outstanding, accessible performance, advanced technology and everyday practicality, and despite being up against some formidable contenders, the WCOTY judges clearly recognised those same qualities and its unmatched specification in this market sector.

"It's undoubtedly also the view of enthusiasts in the UK where demand is such that those ordering one now can expect to wait at least a year for their car."

Since the order books opened in April 2008, Nissan has taken 1,250 deposits for the Nissan GT-R. The first UK buyers took delivery of their cars at the beginning of April from the special network of 11 High Performance Centres around the country.