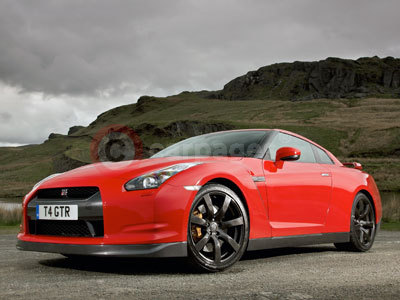 In line with its philosophy of constant improvement to its high performance icon, Nissan has introduced a series of minor but key updates to the Nissan GT-R to maintain its position as the definitive accessible supercar.

Under the skin, by changing the front spring and damper rates, the ride comfort is improved, while handling becomes even more dynamic thanks to improved responsiveness and more accurate control of suspension movements.

At the rear, the stiffness of the suspension radius rod bushings has been increased, giving improved feel and responsiveness during cornering.

The logic controlling torque distribution between the front and rear axles when the Nissan GT-R is manoeuvring at low speeds just after start-up, when fluids are cold, has been altered to reduce rear-axle 'binding'. Furthermore, the logic in the gearbox has been changed to give a later downshift from 6th to 5th when being driven in automatic mode, but a more aggressive downshift pattern is adopted when changing down from 4th to 3rd, and from 3rd to 2nd gear.

To improve cooling around the rear of the car, two additional NACA cooling ducts have been added to the carbon fibre underfloor diffuser which will provide additional cooling to the exhaust and gearbox. Furthermore, a new, larger diameter pipe connecting the oil cooler will reduce gearbox temperatures.

Another small, but significant update has been to the front transmission mount, which has been stiffened, reducing vibration through the driveline under high-load conditions.

Changes to the emissions system now ensure Nissan GT-R is Euro 5 compliant, without loss of output or performance, with CO2 emissions having dropped by 3g to 295g/km.

At its heart is a Hard Disk Drive (HDD) navigation system with 40GB of memory space. This makes for faster operation and greater data storage capacity.

The resolution of the new 7 inch screen is up to four times better than the previous generation system.

Real time traffic information is supplied via RDS-TMC, but quicker operation allows the system to offer re-routing in a fraction of the time.

Another benefit of the HDD information and entertainment system is the incorporation of a 9.3GB Music Box library which can store music from up to 300 CDs. The download takes place automatically when a CD is inserted into the CD player, if selected.

But for those who want a wider music selection at their fingertips, the system also allows iPod/USB connection with full control via the screen and/or steering wheel switches. In addition, song, artist and album information is displayed on the screen.

Since the start of European sales earlier this year, Nissan has delivered a total of over 1600 Nissan GT-Rs to customers, but the process of evolution continues, remaining on the cutting-edge of accessible performance. The Nissan GT-R has also been acclaimed globally, winning over 50 awards and accolades since its global introduction nearly two years ago.