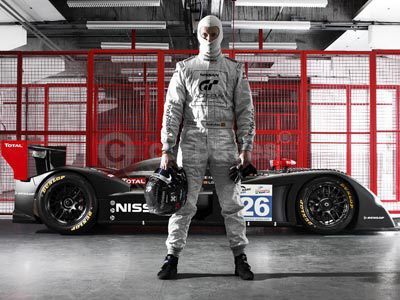 The GT Academy 2011 Time Trial on the Gran Turismo 5 game for PlayStation 3 is now live with the opportunity for a virtual game racer to win a seat as a real racing driver in a Nissan 370Z.

Kazunori Yamauchi, President of Polyphony Digital Inc., said: "We are very excited about the start of GT Academy 2011. The concept of taking a Gran Turismo racer and turning them into a real racing driver has been proven to work by both of our exceptional previous winners, Lucas Ordonez and Jordan Tresson. This is the real deal and not just a gimmick, and so we look forward to some fierce competition played out on GT5 over the next six weeks.

Virtual racers must sign up online to participate with competitors able to record as many laps as they want until the competition closes at midnight on Sunday 17th April 2011.

This years GT Academy Time Trial will be played out on a unique new track, known as 'Eifel', developed specifically in the innovative 'Course Maker' feature of the Gran Turismo 5 game by legendary creator Kazunori Yamauchi. The Time Trial will feature the stunning Nissan 370Z. As a reward for taking part, entrants to GT Academy 2011 will also have the opportunity to download an exclusive new Nissan GT-R model for general game play outside of the time trial.

The fastest 20 GT5 gamers from each territory will make it to the second phase of the competition - a National final event. Two winners from each of the six territories will then progress to the intensive GT Academy Race Camp at the famous Silverstone circuit. Although there will be an element of driving a real car at the National final, this is where the winners start to develop their real driving skills, under the watchful eye of some of the worlds best driving instructors. On top of their gaming and driving skills they will also be put through their paces in some demanding physical and mental challenges. The final winner will be trained up to an international race licence standard before competing in the prestigious Dubai International 24 Hour Race in a full race spec Nissan 370Z GT4.

A new feature will be added to this year's Time Trial competition enabling the creation of 'mini leagues'. As well as trying to prove themselves against the best GT5 racers in their country, players can also challenge friends in the Time Trial and compete for bragging rights.

Nissan International's Vice-President of Marketing, Vincent Wijnen, is equally upbeat. "Entering our third year of GT Academy is somehow even more exciting than when we started," he explains. "We have already discovered two outstanding talents and it will be a very proud moment for us when Lucas lines up on the Le Mans grid this year. But I also can't wait to see who is going to be our next champion.