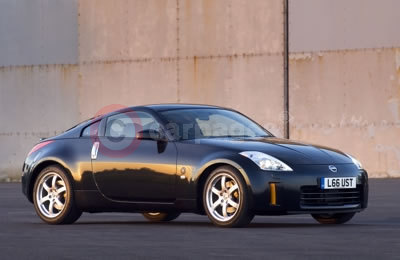 It’s only been on sale in Europe for two years, but time moves swiftly in a 350Z. The latest round of changes - which include a significant power boost, subtly revised looks and an improved interior - have been made to keep Nissan’s global sports car at the top of its game.

"In two short years, the 350Z has established itself as one of the most focused, capable and thrilling sports cars available on the European market. Its popularity has also helped SHIFT_ Nissan’s image: we are now rightly seen as a car maker with passion. And that’s a position that can only get stronger with the latest coupé and Roadster versions of the Z-car."

At a glance Summary

In little more than two years, the 350Z has won the hearts of performance car buyers right across Europe as a focused, no compromise sports car.

And now it’s even better. The 2006 model year 350Z has subtly revised looks, a higher quality interior with better ergonomics and more storage space, revised power steering and a new factory fitted satellite navigation option. Best of all, there’s more power - up from 280PS to a serious 300PS.

The result underpins the 350Z’s place as one of the world’s best-loved sports cars. Since its launch in 2002, when sales were initially restricted to North America and Japan, the latest in a long line of Nissan ‘Z-cars’ has gone on to be offered in 95 countries world-wide. Around 160,000 examples have been sold globally to date.

It has also become hugely popular in Europe, where the 350Z coupé - specifically tuned for European tastes - arrived in late 2003 and was joined by the Roadster in March 2005. In just two years more than 12,500 examples of the iconic two-seater coupé have been sold to enthusiastic European owners with a further 2,500 sales accounted for by the critically acclaimed Roadster.

Today, the sales split between the two models is around 60/40 per cent in favour of the coupé, with UK buyers leading the charge ahead of German and French sports car fans.

Winning multi awards from Europe’s top specialist magazines - and more than 40 awards globally - the ‘Z-car’ has catapulted Nissan right back into the heart of the ultra competitive sports car market, despite having been away from the segment for the best part of a decade.

Indeed, in just three years, global sales of the 350Z have already matched the total volume achieved by its predecessor, the 300ZX ‘Z32’ - a feat which took that model some 11 years to achieve.

In Europe, the sales story is even more impressive as the vast majority of cars - some 95 per cent in 2005 - have been sold in GT Pack guise, which adds electrically operated and heated leather seats, cruise control and a premium Bose-developed audio system to the mix. But then, even with the added cost of the GT Pack version, the 350Z remains one of the most affordable cars in its market segment.

Shinjiro Yukawa, Chief Product Specialist, said: "The Z is a car that is loved and sold not only in Japan but on a global scale. We take pride in the fact that Nissan is the only Japanese car maker that can offer such an international, world-class sports car.

"But a sports car’s development does not end with its release and sale. We believe it is vital for a sports car to continue to evolve.

"We set high objectives and poured our enthusiasm into the new Z, as it was the symbol of Nissan’s revival. But our work did not finish when it was released. Each year since its launch we have ensured the Z continues to shine, and the changes made for the latest evolution are no exception: the 350Z is a shining symbol of Nissan’s enthusiasm and passion."