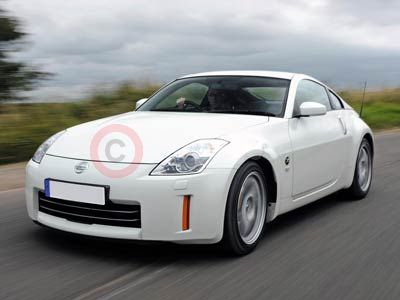 Unichip Europe has unveiled a new plug and play 'U-connect' Unichip piggy back ECU for the Nissan 350Z. The Nissan coupe is a popular choice for tuning enthusiasts and the Unichip Uni-Q provides the perfect engine management solution on a vehicle that cannot be remapped using OBD flash programming.

Supplied with a specially developed adapted wiring loom for a speedy 'plug and play' installation by a Unichip dealer, the Unichip Uni-Q piggy back ECU is packed with sophisticated features.

The Unichip Uni-Q works by intercepting the signals from the Nissan 350Z's factory sensors, which are channelled through the Uni-Q, allowing the engine's ignition and fuelling to be remapped to a high degree of control - and performance.

Extensive rolling road testing has proven that when installed and mapped by a Unichip dealer onto a standard Nissan 350Z power increases by 20 bhp, raising peak output from a measured 264 to a mighty 284 bhp. Similarly, torque increases by an impressive 26 lb.ft, bringing the total from 236 lb.ft to 262 lb.ft.

Although standard Nissan 350Z's benefit from the Uni-Q ECU, the Unichip system is powerful enough and flexible enough to be truly future proof, so it can accommodate future additional engine modifications.

Suitable for all models produced from 2003-2009 and carrying part number PPNIS01.0, the Nissan 350Z Unichip U-Connect package is available now from one of 28 Unichip dealers across the United Kingdom.