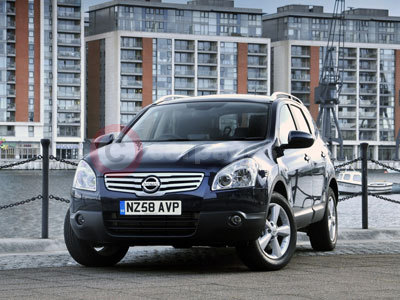 Nissan's Sunderland Plant, in partnership with Regional Development Agency One North East, has won a contract to assemble a new petrol engine from next year, securing future engine production on Wearside.

Assembly of the 2.0 litre engine, codenamed 'MR', will immediately safeguard up to 130 jobs with the expectation that an additional 200 posts will be created by 2013 depending on the market.

The contract has been secured through a £1.94 million grant from One North East, supporting a£12.92 million investment by Nissan over the next four years to upgrade and install new facilities allowing around 65,000 engines to be produced annually from May 2010.

The announcement is part of Nissan's ongoing initiative to localise production close to, or within, target markets. This minimises logistics costs and reduces exposure to exchange rates as well as allowing the company to react more quickly to customer demand.

It follows last week's announcement that the Nissan European Mother Site for Battery production would be based at Sunderland. That new industry is becoming an increasingly important part of the automotive sector, but conventional engines will remain vital to the plant's activities for a number of years.

Further studies are underway to supply engines to Sunderland's sister plant in St Petersburg for use in the Russian-built Nissan X-TRAIL. All of these engines will comply with Euro 5 and 6 CO2 emissions regulations.

Trevor Mann, Nissan Senior Vice President for Manufacturing in Europe commented: "This is excellent news for Sunderland Plant, in particular for our Engine operation and I would like to thank One North East for their vital support.

"Employees have worked incredibly hard to improve the overall competitiveness of this part of the production process in terms of both quality and cost, and today's news is just reward for their efforts.

"Not only will this new business safeguard and create jobs at the plant with more amongst our suppliers, it also positions us to bid strongly for future engine derivatives."

"This is further good news for the region following last week's announcement that Nissan's European Mother Plant for electric vehicle batteries will be based at Sunderland.

"The investment from Nissan is also further recognition for the skills and productivity of the workforce plant and will be of major benefit to the wider automotive industry here in the North East."