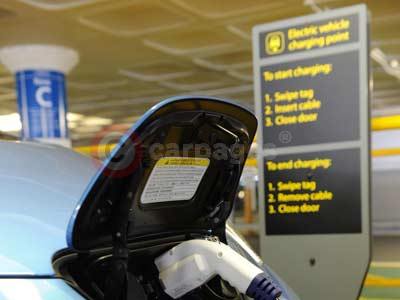 The first public electric vehicle charging point in Lincoln, will be funded by Nissan, following the recent feature on Top Gear which pointed out the lack of charging infrastructure in the East Midlands city.

The presenters Jeremy Clarkson and James May drove a pair of electric vehicles, including a Nissan LEAF, into the centre of Lincoln, attempting to find a charging point.

Not being able to find any, the pair were forced to charge at the University at the centre of the city, dangling cables through an empty window.

Two PodPoint charging units will be installed before the end of August 2011, and the presenters will be invited to return to Lincoln and be the first to plug in to the new charger, which will be dedicated to them. With two sockets, allowing for the charging of two cars at the same time, free of charge.

Councillor Fay Smith, Portfolio Holder for Environmental Services and Public Protection at the City of Lincoln Council, said: "The Top Gear programme highlighted the fact that Lincoln does not currently provide for electric cars and we're really pleased that Nissan is now funding a charging point. We're committed to reducing the city's carbon footprint, but know that we can't do it alone, so it's great that private businesses like Nissan are getting behind this and putting in the infrastructure."

Top Gear Executive Producer Andy Wilman said: "This is excellent news for the electric car community of Lincoln. If the charging point had existed when Top Gear were there, James wouldn't now be walking around with Jeremy's name tattooed on his bottom. Still, better late than never."

Nissan's Executive Vice President Andy Palmer said: "Research tells us that most LEAF owners will charge their car at home or at their place of work, but drivers like having the ability to 'top up' their charge when they are out and about, especially if they are making longer journeys. With its new charging points and the fame generated by Top Gear, Lincoln could find itself becoming a tourist destination for Nissan LEAF owners."