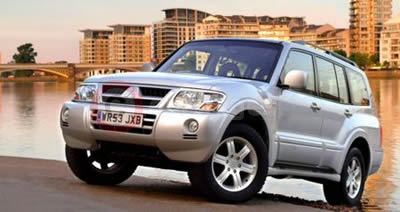 Used Car Buyer Magazine has voted the Mitsubishi Shogun ‘Best 4x4’ in its survey to establish which used cars will represent the best value in 2005.

Published in the November edition, the extensive survey was carried out by the magazine’s staff and contributors who drove 300 second-hand vehicles and covered more than 500,000 miles, before making their decisions on which cars came out top of each of the 18 categories.

The magazine acknowledges that the Mitsubishi Shogun is a well-engineered vehicle, refined and a good all-rounder. It refers to it as ‘one of the 4x4 market’s best kept secrets’. It goes on to say that it is impressed with the Shogun’s engine line-up, with the ‘super-sweet’ 3.5 litre GDi V6 and the ‘powerful and economical’ 3.2 litre DI-D turbodiesel.

Staff writer and trade expert, ‘Honest John’ states: "Chunky looks, plenty of room and even the SWB seats five comfortably." Whilst from an owner’s point of view, Gary Jones says about his Shogun: "I bought it almost new and it’s now done 24,000 miles. It does the school run and we also tow a boat. It’s been absolutely trouble free."

Other features, which have led the magazine to vote the Shogun top of the class, are best described in the following quotation:

‘Despite its bulk and menacing stance, it is easy and pleasant to drive and with Mitsubishi’s impressive reliability, a three or four year old should still feel smooth and tight. The vague steering and bumpy ride of traditional 4x4s are not issues with the current Shogun. The five-speed electronically regulated automatic gearbox is smooth and responsive.’

Magazine Editor Justin Evans reported that used cars buyers are sharper and more careful than ever before when making their choices, a factor that makes the 2005 award winners even more significant.

The Mitsubishi Shogun beat the Range Rover and Nissan X-Trail, which were voted 2nd and 3rd respectively.